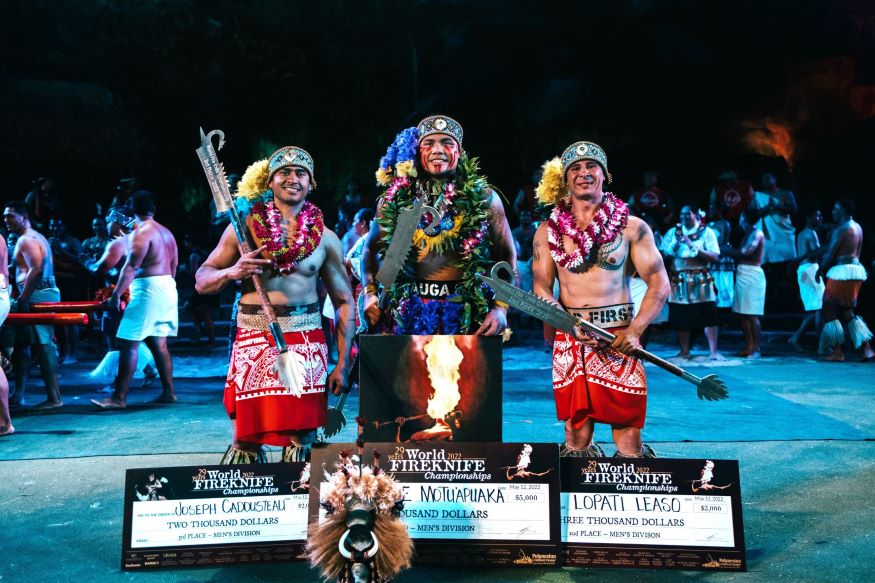 Fireknife stems from the ancient gestures of a victory in battle when warriors wielded a hand-held wooden weapon called nifo oti or “deadly tooth.” The judges and audience can look for traces of the dance’s warrior past. Some things the judges look for are the variety of the motions, the complexity of each maneuver, the speed at which these moves are executed, and the transitions between each routine. Criteria such as these push our competitors to a level of excellence that made for a thrilling show at this year’s 29th Annual World Fireknife Championship. Our competitors certainly demonstrated that they had mastered many of these nuances of the art.

Check out the  World Fireknife site for more info / history! 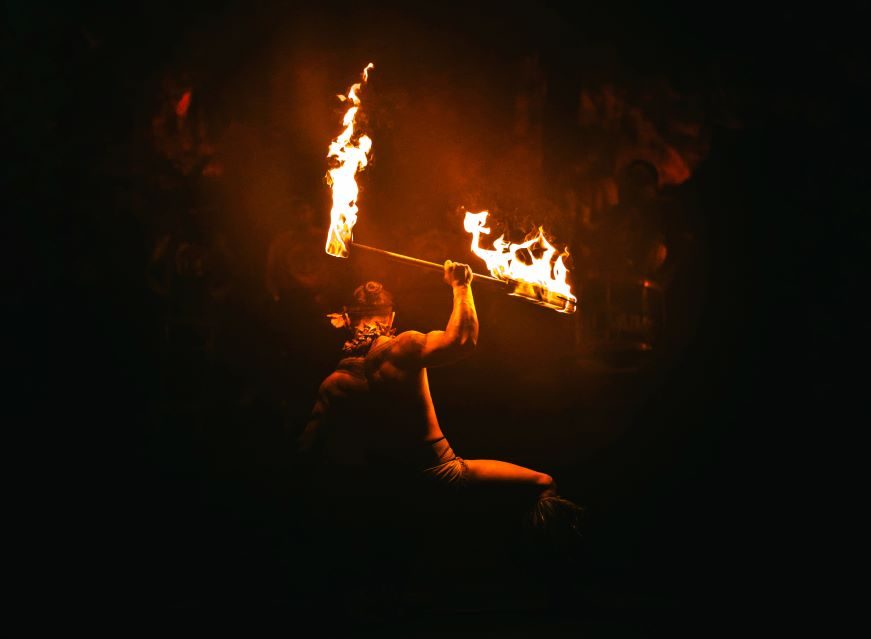 May 11 & 12 featured our Men’s Division. Of our 18 participants that competed on May 11th, we saw three of our warriors advance to the finalist round on May 12th. The audience watched as our finalists blazed across the stage. With speed, finesse, and a true warrior presence, these competitors left it all on the stage. 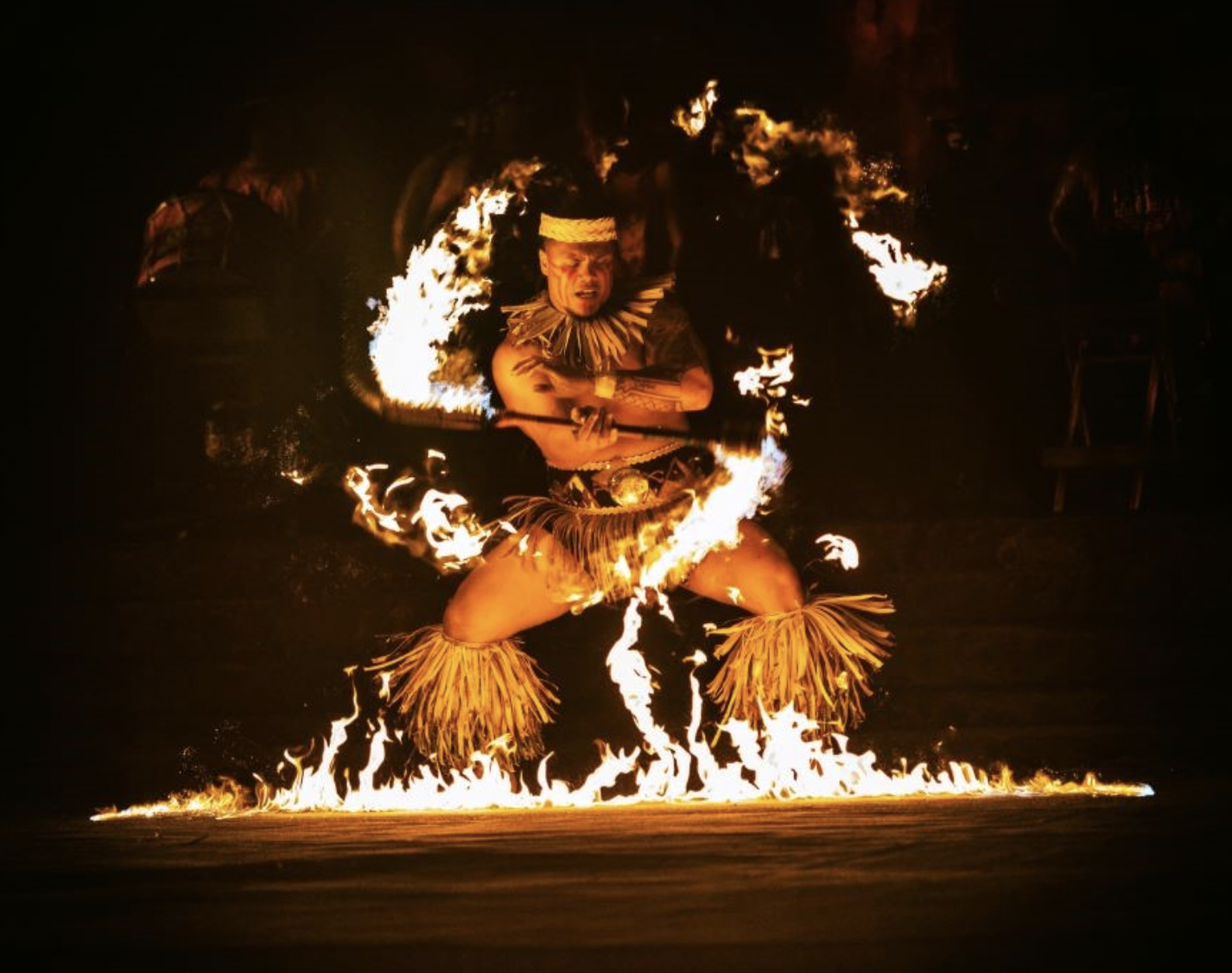 Hale Motuapuaka, originally from Aiea, took home the title of 2022 World Fireknife Champion. He is currently living in Utah attending school on a football scholarship at Utah State University. This is his 3rd world champion title in the Men’s Division (having previously won in 2018 and 2021). He also won the Junior and Intermediate titles multiple times and is one of the elite competitors recognized as a grand slam winner! When asked about his thoughts on his latest victory, Motuapuaka said he was very grateful for the opportunity to find his way back and how far he has come. He felt this victory was a way that he could “honor all those who came before. They paved the way for us and made this competition what it is today, so that is why this year I really emphasized doing it to honor them. I’m just grateful that at the end of it I came on top by winning.” 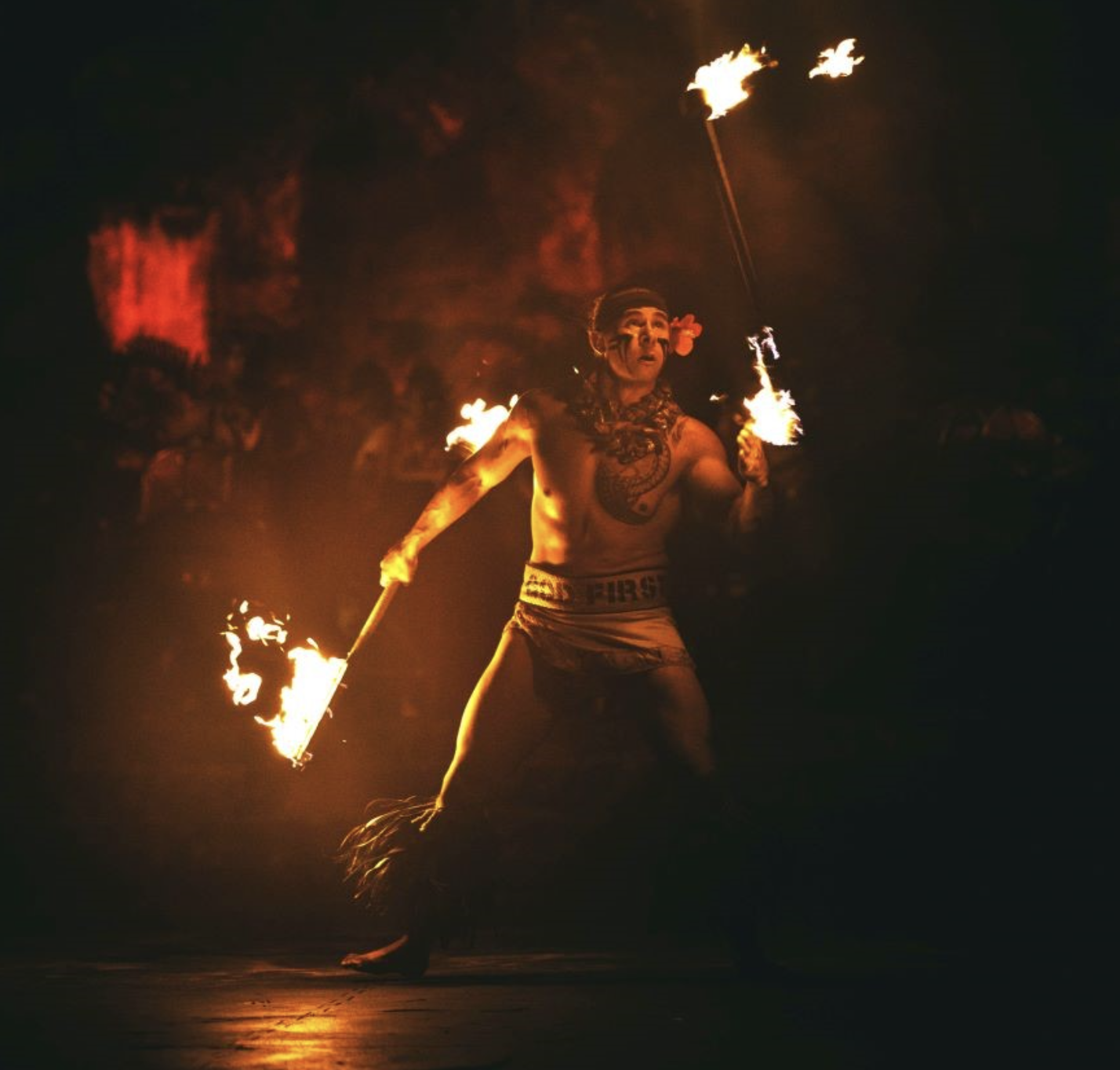 Lopati Leaso, from California, a first-timer to the World Fireknife stage, took 2nd place, a rare feat indeed! He felt that this victory was a dream come true. “[I’m] still waiting to wake up. Knowing that this is the first time I competed here, and [that] it’s been a vision of mine for so long to hear them say my name. It’s definitely been a vision that came true.” 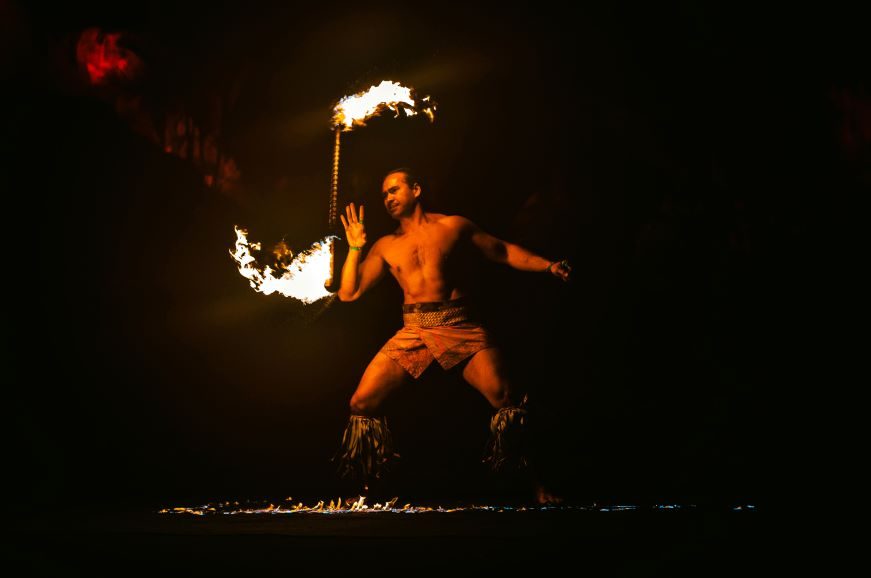 Joseph Cadousteau, originally from Tahiti, who placed 3rd also had thoughts to share about his accomplishment. Going through his mind were “just mixed emotions. Being happy and super happy.” His thoughts turned to his wife and kids watching and celebrating his victory from Oregon where they currently live. His gaze then turned to the stands where banners of the six men and women who were remembered at the beginning of the competition were displayed. With his hand, Cadousteau motioned to them saying that he also dedicates his win to “those guys up there!” He is a 3-time world champion having won the title in 2012, 2013, and 2015. 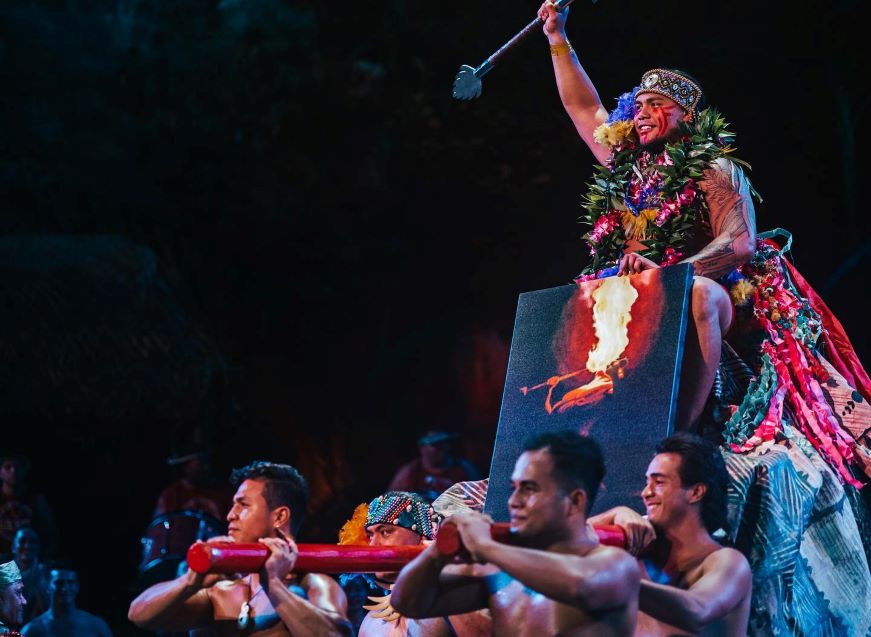 What a grand finale it was! All competitors truly gave their all to the 29th Annual World Fireknife Championship and the audience could not help but be blown away by the sheer talent of each warrior. “Competitors from around the world will descend on the North Shore of Oahu. But only one of them will leave bearing the title of Fireknife Champion.” This vision from the late Pulefano Galeai was once again witnessed that night! Be sure to come next May so you can see for yourself just what it takes to be a World Fireknife Champion!

Story by Cari Phung, who is currently a Graphic Designer at the Polynesian Cultural Center. She worked as an English and Korean tour guide for a year at the Polynesian Cultural Center before switching to an English tutor and then a blog writer for the Center. During an internship, she wrote several blogs for Rice Love, a non-profit organization striving to help families in India have access to food. She graduated BYU–H, majoring  in graphic design and minoring in professional writing. She is constantly looking for ways to share her love for culture and its continued perpetuation.