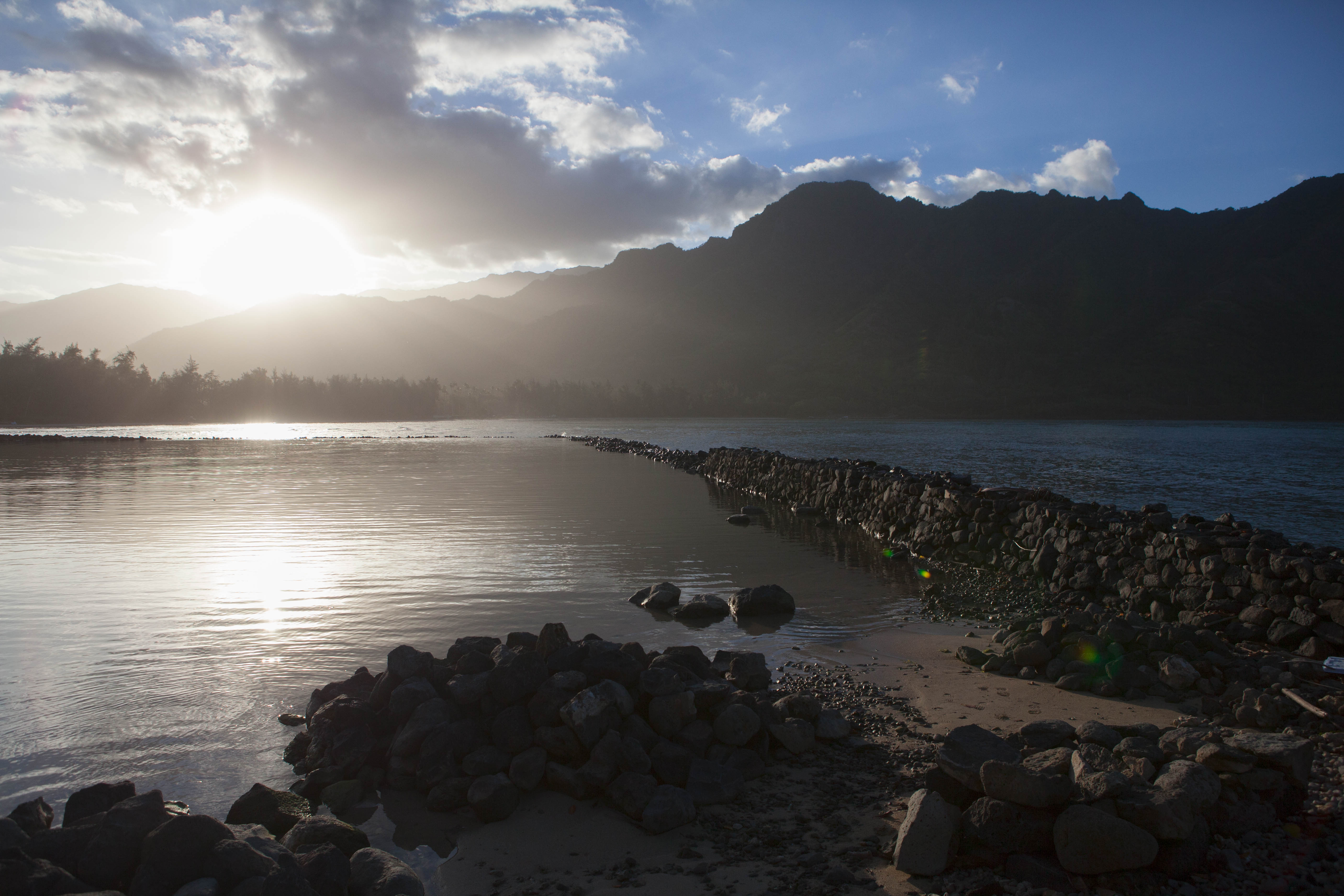 The Huilua Fishpond, is an authentic example of ancient Hawaiian aquaculture. You will find the loko i’a (fishpond in Hawaiian) as you approach the south side of Kahana Bay. The parking just off the highway consists of just a handful of spaces. You will need to take a short walk to get to the ponds, but the effort will be well worth your time.

The pond is not currently in working condition but parts of the wall are still standing, like an ancient jigsaw puzzle left by the Hawaiians from a long ago era. Fish still dart through the pond, creating muted wakes from their dorsal fins barely under the glassy surface. It is a sight to soak in as you travel up the east coast of the island towards Oahu’s famous north shore.

Ancient Hawaiians used coral and stone to put the ocean and rivers in sync to provide them with a dependable food source. Nutrient rich water flowed downstream from the mountains before emptying into the ocean. They built walls to collect both salt and fresh water in a pool at the confluence. This served as a home for algae.  Mullet fish slipped through makaha , or gates, to eat the algae. Eventually the fish grew too big to exit between the slats in the makaha. This made it possible for the Hawaiians to have fish when changing ocean conditions and storms made ocean fishing less dependable, according to Paepae o He‘eia’s website. 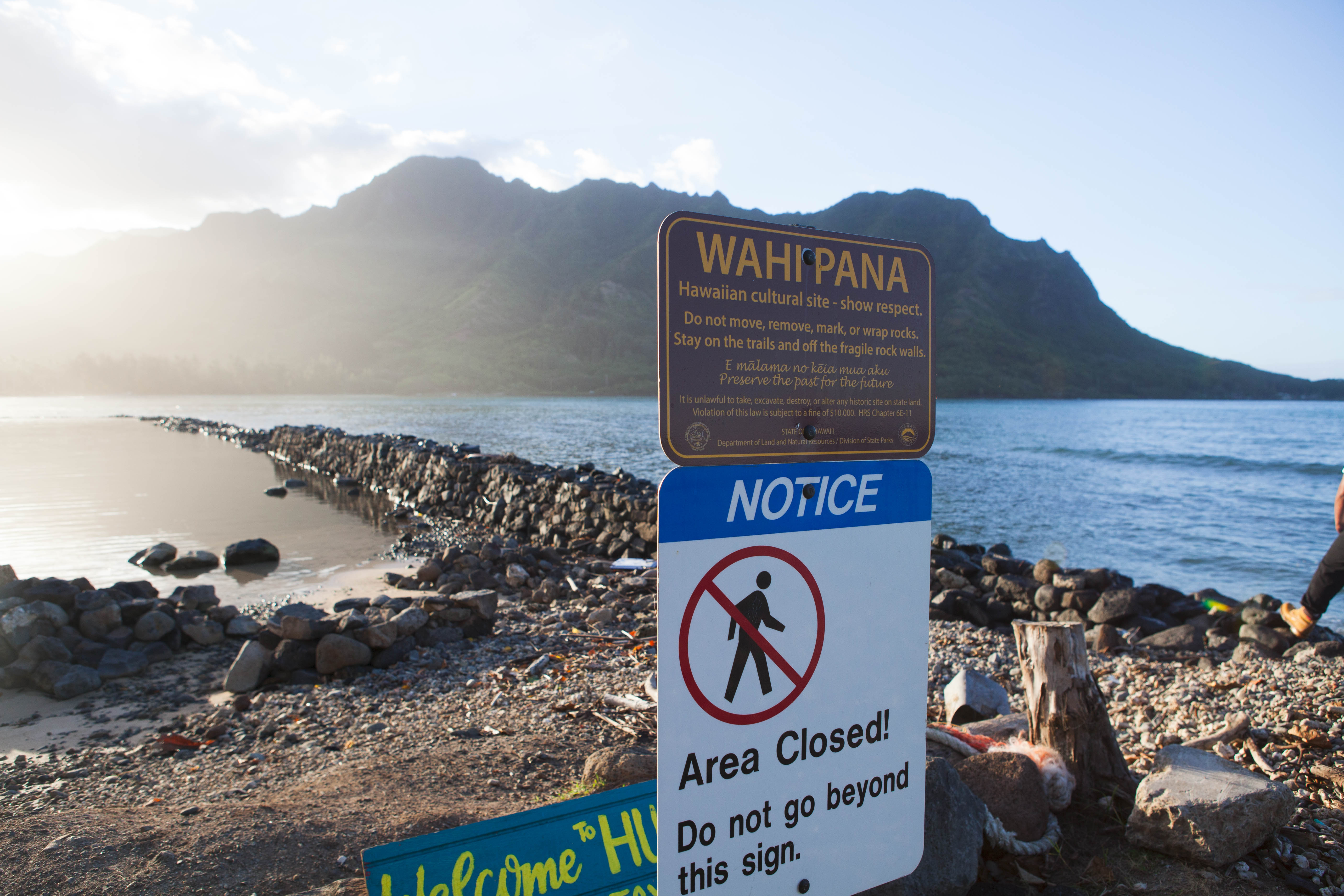 Entrance to the Huilua Fishpond in Kahana Bay, Photo courtesy of Active Oahu

The Huilua Fishpond in Kahana Bay is a beautiful reminder of how the Hawaiians used the technology of their time. Huilua literally means twice joined. It may refer to the two makaha in the fishpond. One gate is situated near the Kahana stream to capture the nutrient rich water from the valley and the other is located further out in the bay to bring in ocean water. The circulating nutrients in the brackish water is ideal for growing algae.  The makaha have small spaces between slats where fish and water could enter and exit the pond. The walls themselves were built without any form of cement to hold the rocks in place. Think of a three dimensional puzzle that holds up against wind, waves, and rains. The center of the wall was filled with smaller rocks or coral and larger rocks were placed on the outside. The walls were thicker at the base and slightly tapered as it increased in height. This helped keep the walls more structurally sound, but these walls were not indestructible.

Over the years, floods and tsunamis have destroyed parts of the Huilua fishpond along with other fishponds in Hawaii. The Huilua fishpond is currently undergoing restoration, but is still clearly visible from the bay. 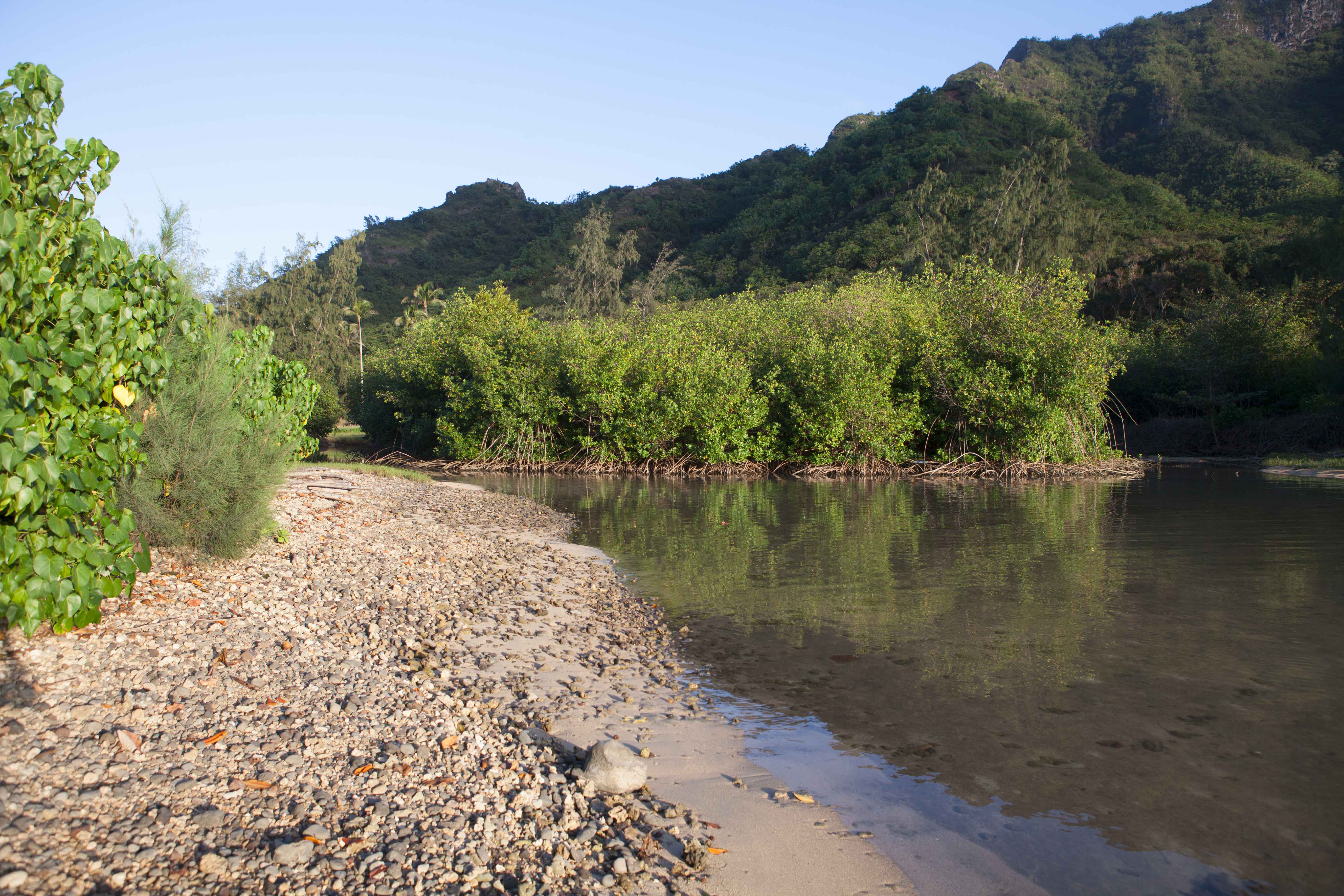 The people built stone shrines known as ko’a near the ponds, performed various rituals, and placed offerings to attract fish and ensure their procreation according to Carol Araki Wyban’s book, Interpretive materials for Huilua Fishpond, Kahana Valley State Park. You can see one at the Huilua fishpond close to the Kahana stream. Teveta Ka‘ili, the assistant manager of the Hawaiian village at the Polynesian Culture Center, said these shrines were not unique to fishponds alone. Fishermen would use them wherever they set out to fish. Ka‘ili said Hawaiians also used stones as markers to triangulate their position so they could find fishing locations. 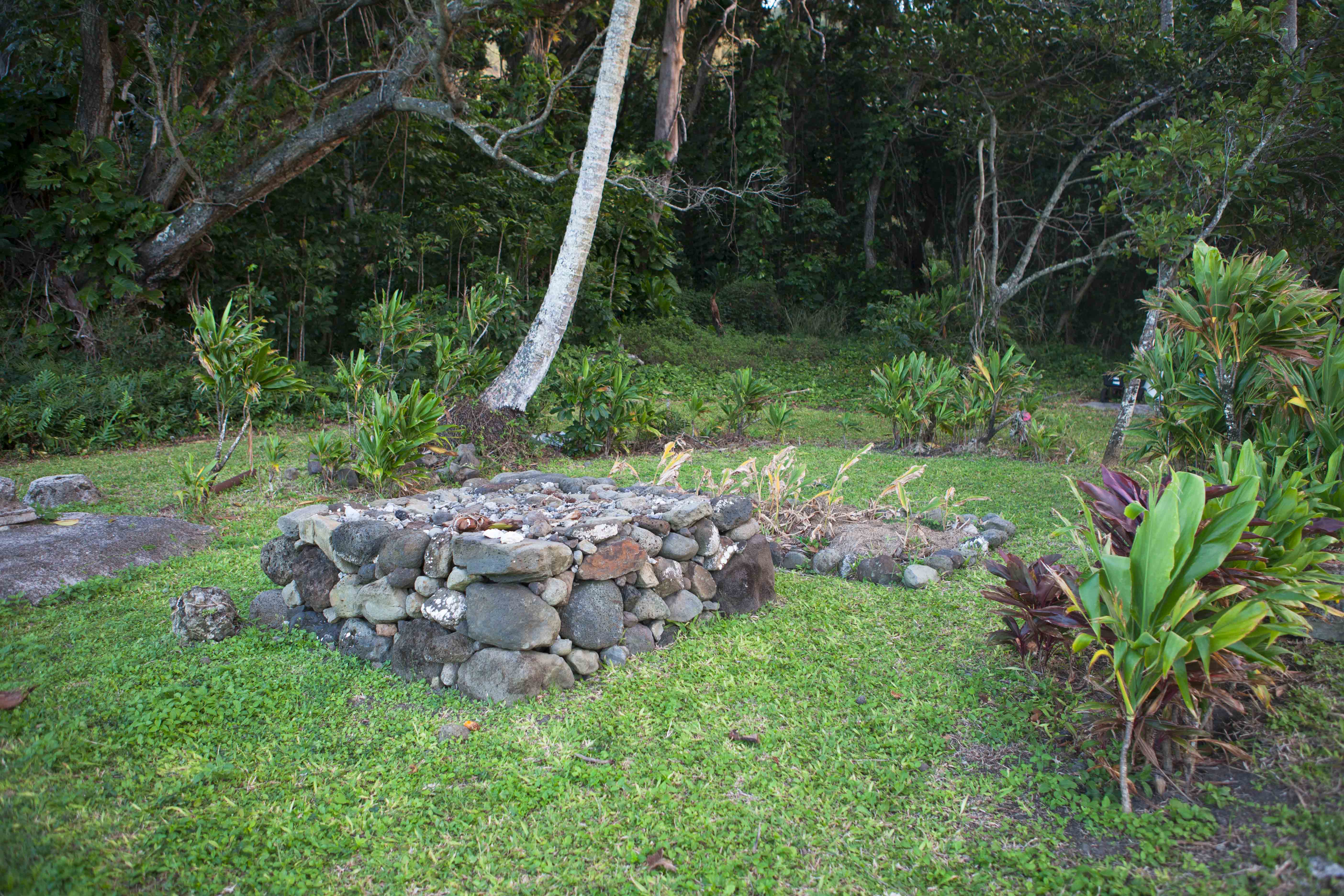 Building the fishpond with special assistance

According to Wyban, Hawaiians believed the mythical Menehune people helped build the Huilua fish pond. In Hawaiian mythology, these people came from their homes in the deep forest and brought rocks from the mountains to the ocean in the night. These people were known for helping build heiaus and fishponds throughout Hawaii. Wyban said the Menehune were a happy people who worked for free, and were especially happy if they were given food. 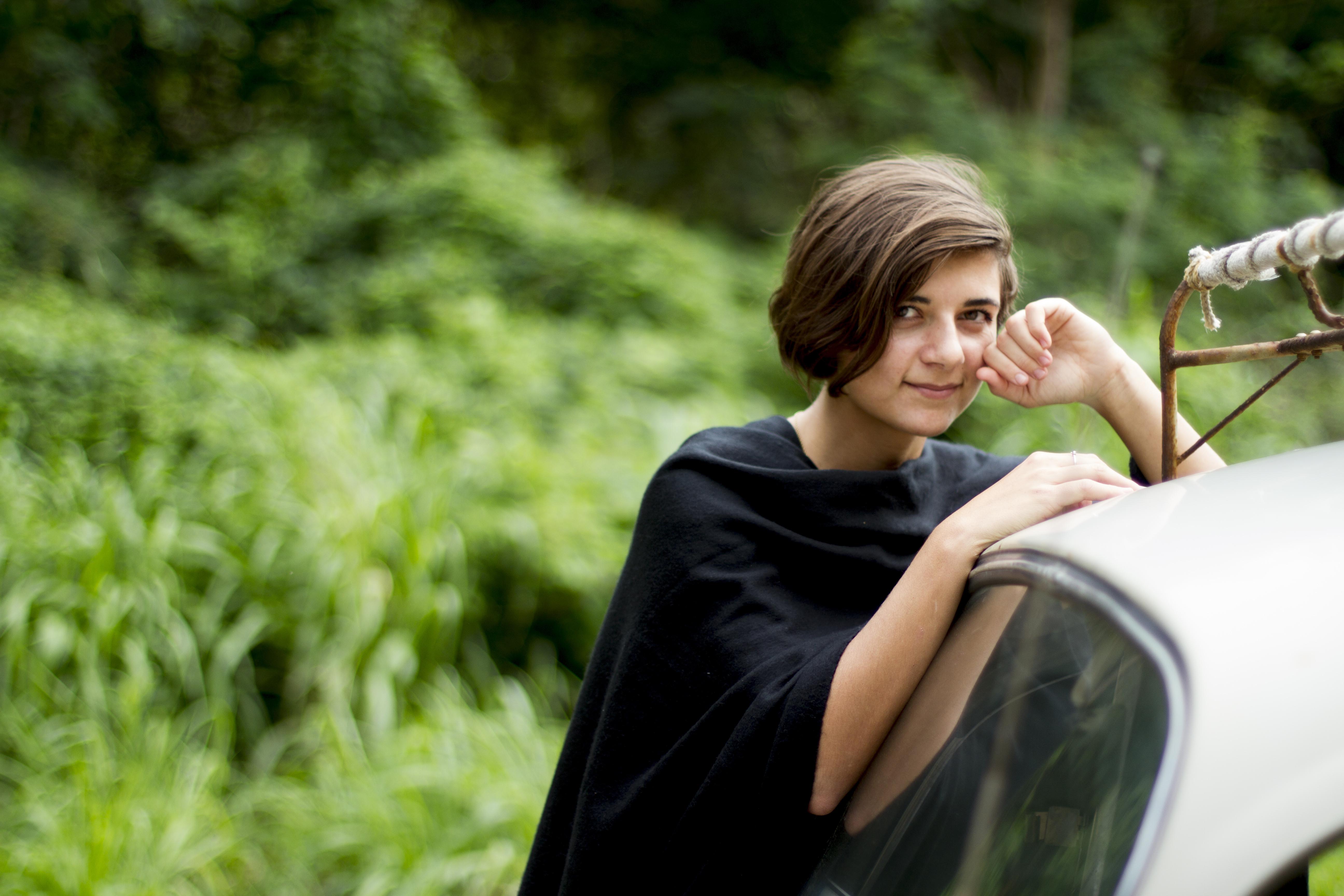 Hailey Minton writes to connect people to places. Whether you have lived in a place your entire life, or are visiting a new vista for the first time, she will introduce you to experiences that will make life vibrant. She pursues her curiosity’s trailheads and shares what she finds.  For more stories like this, follow her @hai_minton on Instagram. Hailey began her writing career at the Kealaka’i, the BYU-Hawaii campus magazine, in 2015 and a year later she worked as the newsroom’s Editorial Intern. She currently a journalist for the North Ogden Connection and a blog writer for Active Oahu

Nina Jones, a mainland gal from way back, is now a transplanted Islander. With her husband of 44 years, she has lived in Laie since volunteering at the Polynesian Cultural Center from 2014 – 2016. She now serves as the blog manager for the Center. Her blogs focus on the Polynesian history, beliefs, practices and oh so delicious food! Polynesia is not just a place to visit, it is a way to live and she is very honored to be able to be a part of their amazing world.