Honoring the Legacy of Fireknife Dancing

Honoring the past, and looking to a brighter future

On the curtails of a worldwide pandemic, the Polynesian Cultural Center honored the legacy of fireknife dancing during the 29th annual World Fireknife Championships. This 3-day event was brimming with energy as large audiences came in support of the event. For this year’s World Fireknife Championship, we especially chose to remember some amazing individuals who had a huge impact on this annual event. Our honorees have since passed away, but to inaugurate the championship on May 4th, we recognized six of the stalwart men and women who have contributed so much to the world of fireknife.

Pulefano Lefolasa Feagaimaalii Galeai, who initially presented his idea to create and host the World Fireknife Championship at the Polynesian Cultural Center over 30 years ago, passed away in June of 2021.

Kuinise and Lisona Leiataua, twin brothers, not only lit up the stage with their fireknife performances but also were long time judges for the championship. They passed away within a year from each other; Kuinise in July 2020 and Lisona in July 2021.

Malo Seleni, who passed away in October of 2021, was one of the original judges and had the opportunity to showcase his fireknife talents around the world.

Faleulatauaitu Tipa Galeai was an original member of the We are Samoa Festival and World Fireknife Steering Committee, and also was the manager of the Samoan Village.

Annetta Kihesina Tuifua Taufa, who passed away in April 2022, was another original member of our committee. She was responsible for tallying all the judge’s score sheets over these past 28 years. 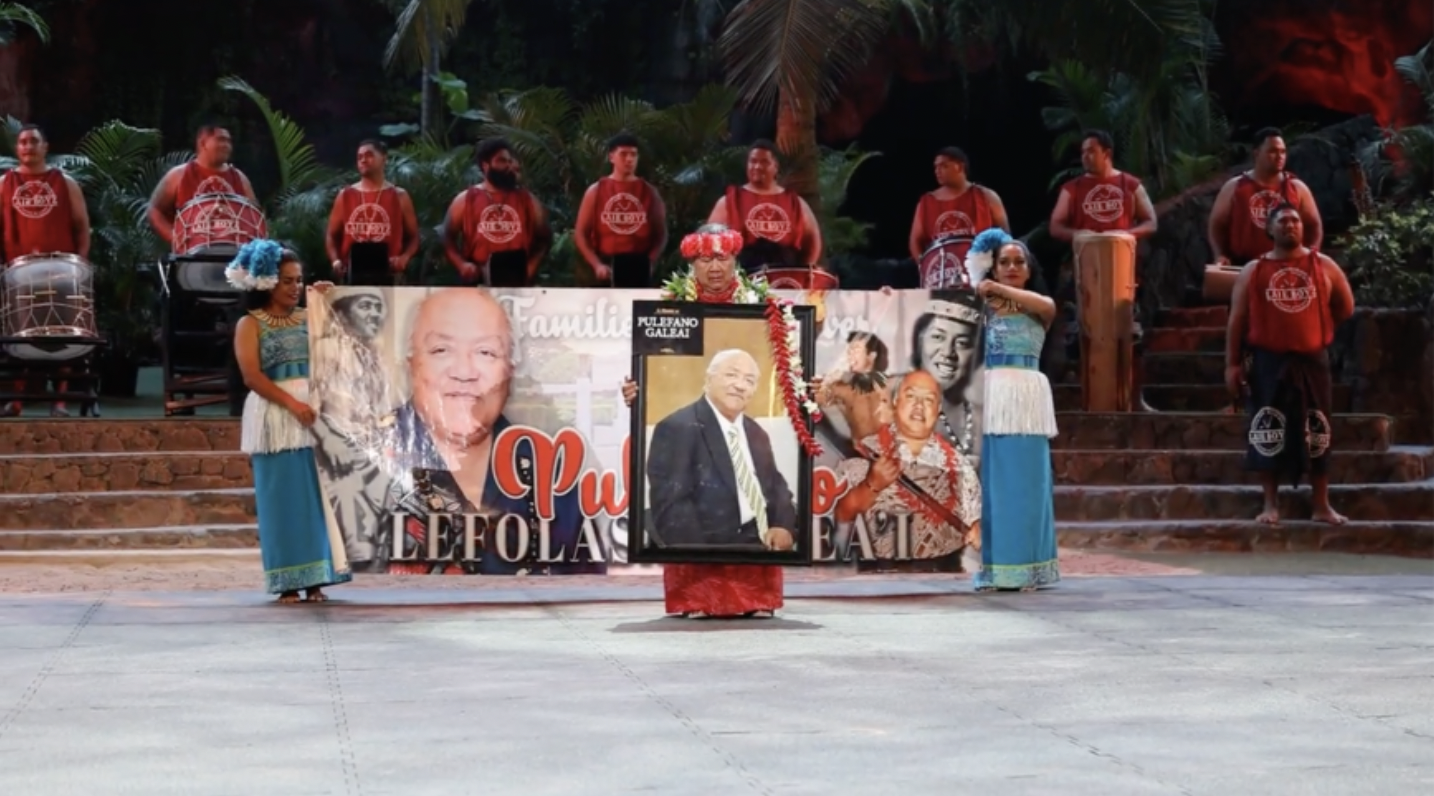 Representing Pule is his wife Sa and his twin granddaughters, Aaliyah and Chandae who carry their Papa’s banner to its place of honor.

The spouses, sons, daughters, grandchildren, along with extended family members of each of those honored were acknowledged and helped us pay our respects to these legends. After the families of the six honorees presented their banner and displayed them in the stands, the championships commenced!

Story by Cari Phung, who is currently a Graphic Designer at the Polynesian Cultural Center. She has worked as an English and Korean tour guide for a year at the Polynesian Cultural Center before switching to an English tutor and then a blog writer for the Center. During an internship, she wrote several blogs for Rice Love, a non-profit organization striving to help families in India have access to food. She graduated BYU–H with a major  in graphic design and minor in professional writing. She is constantly looking for ways to share her love for culture and its continued perpetuation.