Pounders Restaurant is fast becoming one of the local favorites here on the north shore of Oahu. It doesn’t take much to realize that this is due to local chef, Felix Tai who has been given room to practice his special style of ono Asian-Western-Polynesian fusion.

When I first tried this recipe, I followed the instructions to the letter yet failed miserably. I contacted Chef Felix and he kindly invited me into Pounders kitchen to figure out what may have caused this disaster. It became clear that this is not a recipe to cut corners on, including the quality of the ingredients:

As long as you follow those rules, the recipe is straight forward, easy and sure to become one of your family’s favorite sauces. 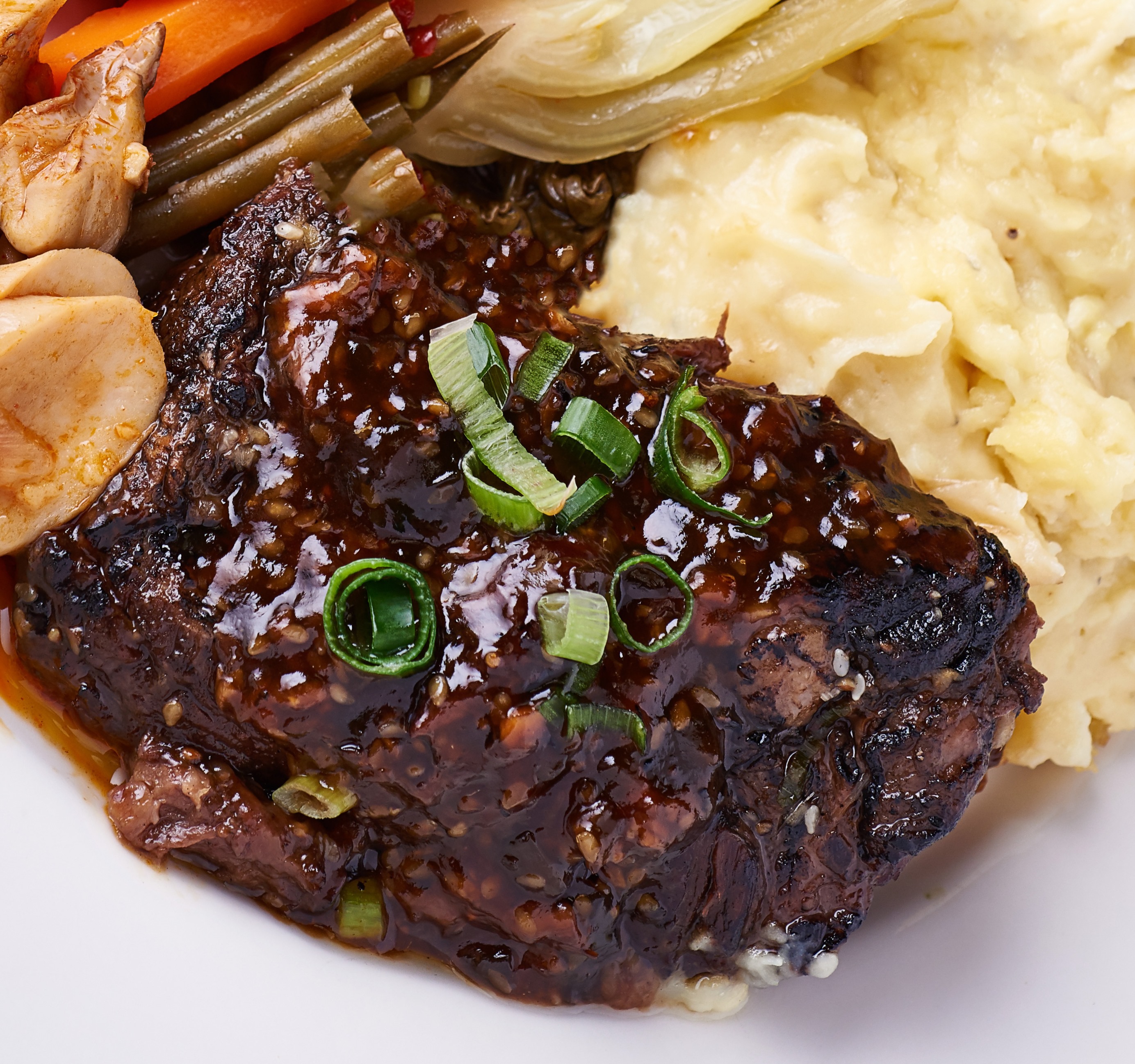 Take your time getting your short ribs just right! 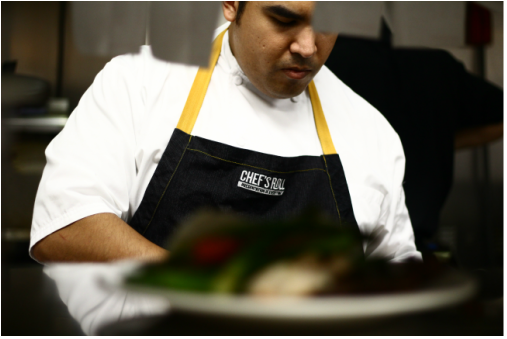 “..the most important ingredient you give your dish is love, otherwise known as aloha.”  -Chef Felix

*  I asked Chef if I could convert the 10 tablespoons of sugar into a simpler measurement (like 2/3 cup….). His look said it all. So it’s back to rule #1: no cutting corners. Yes sir, Chef!”

Pour 1/4 c of sesame seeds into an ungreased pie pan. Place in oven on low heat to toast. Shake pan every 5 minutes. Remove as soon as it’s turned a golden brown.

Combine the toasted sesame seeds with the remaining ingredients in a quart pan.

Turn burner onto medium high. Stir constantly until mixture begins bubbling along the sides of the pan. Stop stirring and let it come to a full boil.

Remove from heat and slowly whisk in the cornstarch slurry. Stir well. Let sit for 15 minutes. Use it to top your beef, fish, chicken or even as a salad dressing.

Store any remaining sauce covered tightly in fridge for up to 2 weeks. Add a little water when reheating to break up the gel that formed. 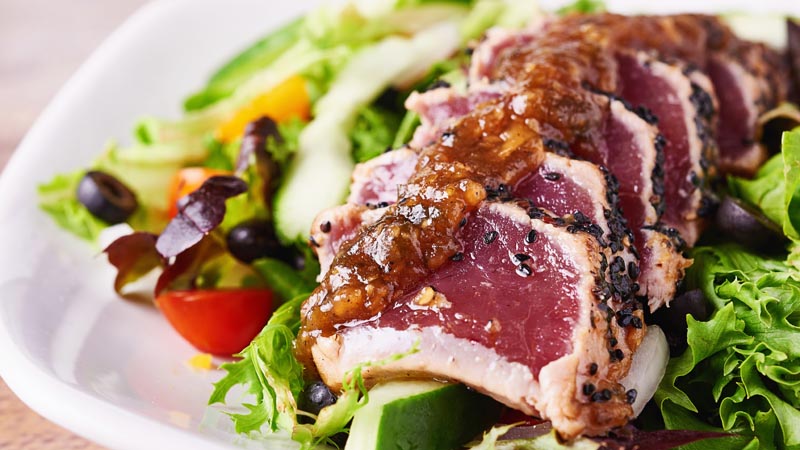 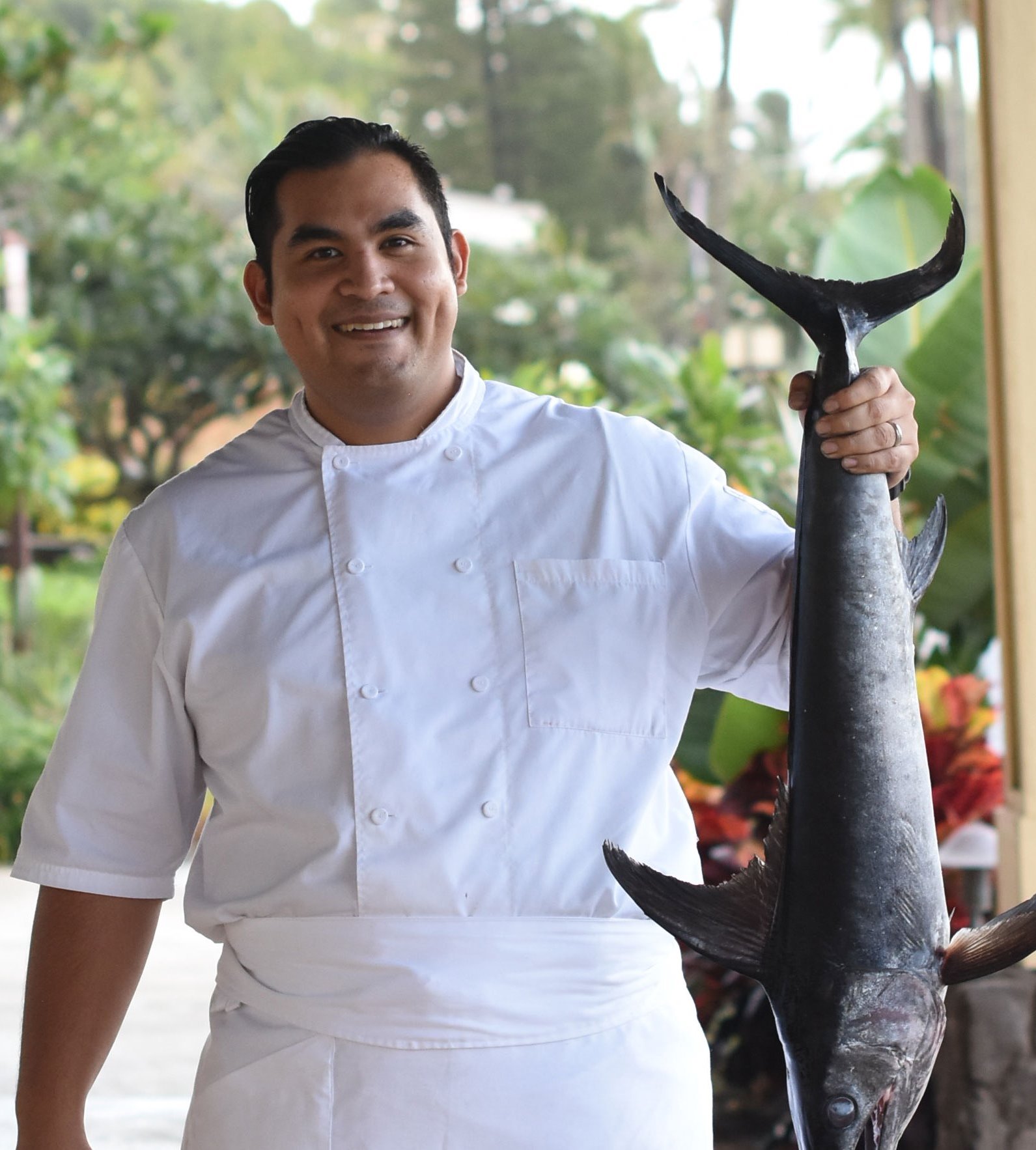 Chef Felix Tai is trained in classic French cuisine and with a strong Southeast Asian flair. Engaging local farmers, fishermen and ranchers for sustainability as well as trace-ability of the local products is a fixed standard of his commitment to the land he loves. He serves as an Executive Chef at the Polynesian Cultural Center, the largest and most popular paid attraction on the island of Oahu, Hawaii. Chef Felix can be found working the line alongside his handpicked team in the kitchen at Pounders Restaurant. 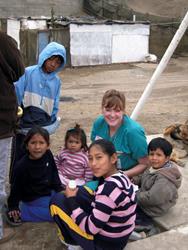 Nina Jones, a mainland gal from way back, is now a transplanted Islander. With her husband of 41 years, she volunteers at the Polynesian Cultural Center. Her hobbies include swimming, traveling, studying and writing about what she is learning from the various Polynesian cultures. Her blogs focus on their history, beliefs, practices and – as an added bonus – delicious food! To her, Polynesia is not just a place to visit, it is a way to live and she is very honored to be able to be a part of their amazing world.