The Polynesian Cultural Center recently participated in a media blitz on the U.S. East coast that included a fine luau food event for 200–300 guests — co-hosted by our partner Polynesian Football Hall of Fame: They invited 200–300 guests to the event on April 27, 2017, during the National Football League draft in Philadelphia, Pennsylvania.

Meet PCC Pounders Restaurant executive chief Felix Tai: He prepared the upscale luau. He’s why you may want to eat at Pounders the next time you’re in Laie: 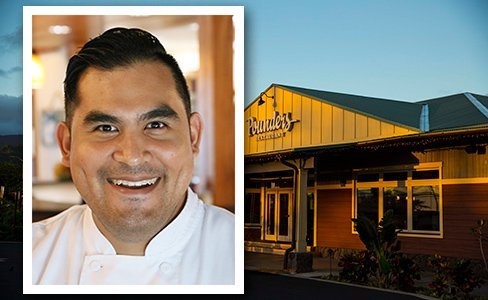 But Tai’s experience with cooking goes back to his boyhood and his mother’s kitchen. His love of Hawaii food started in PCC’s Samoan Village, where he first had to prove he could climb a coconut tree to get a job there.

Though Tai recalls getting interested in cooking at age six, at first his mother required him to observe from outside. “She never allowed me in her kitchen. She was a very clean and organized person, over the top, who would tell me to sit down and watch instead of helping her out.” From this, Tai said he learned “mise en place before I went to culinary school” — a French term chefs use to describe having everything prepared and in the right place before starting to cook.

“On top of that, everything at home came fresh. Almost every night and day there was a farmers’ market nearby. Everything was available, good, and cheap. We would pick our products, and go home and cook. Later, I would cook for my parents and friends, and I would host parties.” During this period, Tai graduated from the Flamingo International College culinary school in Kuala Lumpur and earned a certificate from the U.S. National Restaurant Association.

By the time Tai enrolled at BYU–Hawaii, he said his love of interacting with people and cooking led him to seek a job in the Polynesian Cultural Center’s Samoan Village, “where the men do the cooking. I really loved it, and one fine day I hope to go to Samoa.”

During his student years at the Polynesian Cultural Center, he said guests hired him as a personal chef. He also met his future wife there: She was a tourist from Arizona. Soon after they got married in her home state, the young couple moved to Park City, Utah, where he continued to work as a personal chef “to many movie stars and other well-known people” (however, he signed non-disclosure agreements not to reveal their names). “I also did a lot of major events, taught cooking classes, and eventually worked as the overnight and breakfast chef in three-Michelin-star chef Jean-George’s restaurant in the St. Regis Hotel at Deer Valley, Utah.” 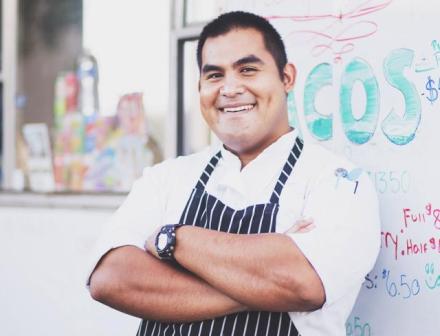 Tai Felix with his Food Truck at BYU-H

The appeal of living in Hawaii eventually brought the young Tai family back to Laie where he operated a food truck at BYU–Hawaii and did a brunch demo at Pounders Restaurant. It made a favorable impression, and when Pounders needed a new executive chef about two years ago, he accepted their offer.

Chef Tai is a good fit for Pounders, which is named after a popular bodysurfing beach in Laie. “People tell me we should bottle the smoked marlin dip [that goes with the fresh-made taro chips appetizer] I pushed out, and our special salad dressing, too. I’m trying to pull in new flavors,” Tai said. “I’m working with local farmers and auctions to bring in fresh, local ingredients and seafood. That’s how I maintain quality.” 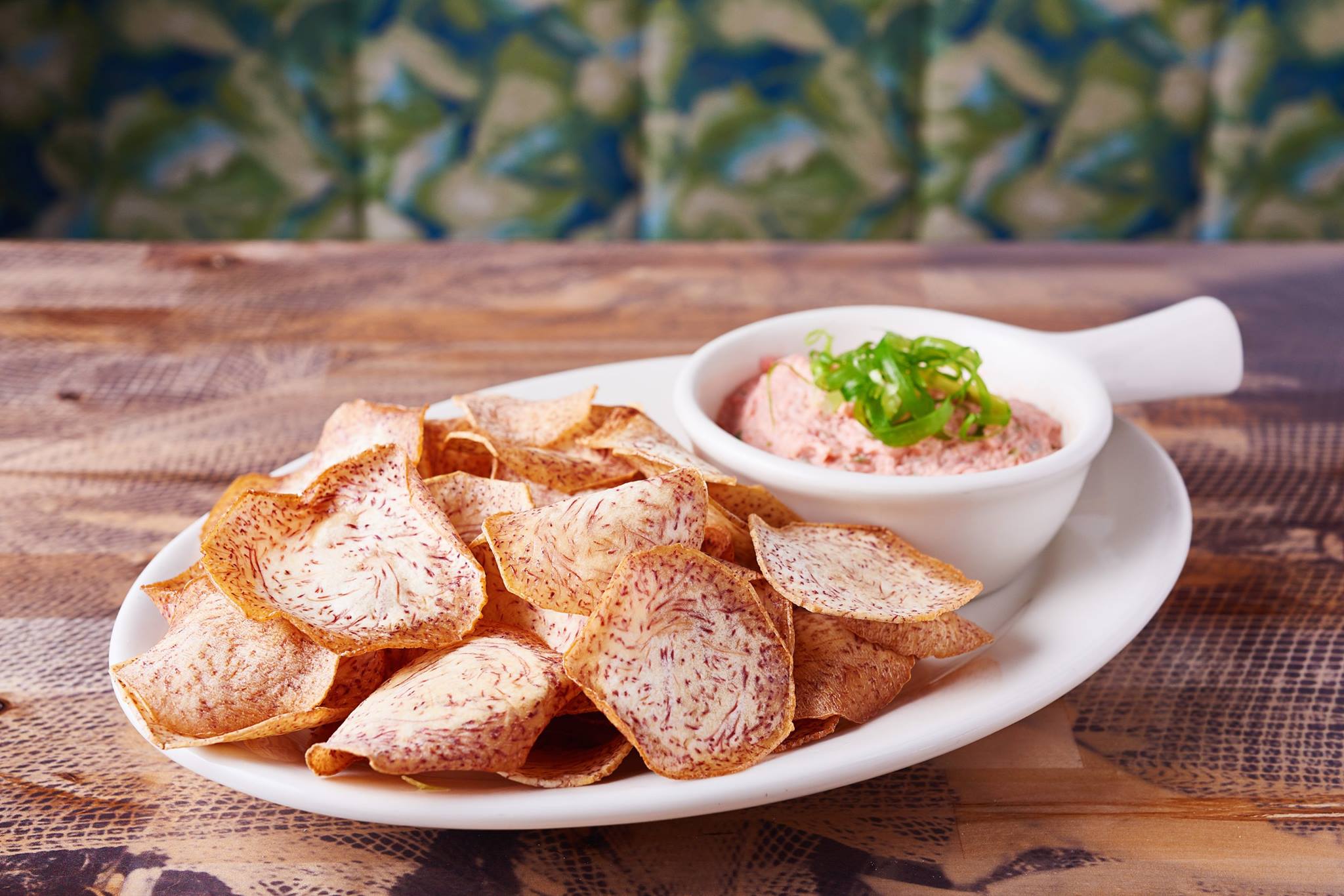 “I really want to make Pounders into the restaurant that locals will be proud to say this is theirs. Yes, we’re at the Polynesian Cultural Center, and this is the place I want locals to call home: When you come home, you get to eat good food.”

Chef Tai was featured in a March 2017 Honolulu Star-Advertiser’s Dining Out section article, and he recently flew to New York City to tape a cooking segment on a popular food show, which will air in May. In reference to his NFL draft luau, he said, “I was very excited for this opportunity where we showcased luau-themed food, but in an elevated presentation.” He also participated in several other East Coast appearances with the PCC group after the NFL luau.

Meanwhile, if you didn’t get drafted by the NFL or invited to the luau, you can still enjoy chef Tai’s Hawaii-style creations at Pounders Restaurant in the Polynesian Cultural Center Hukilau Marketplace. In addition to current menu selections, he plans to push out several new menu items in May, “using local flavors with local flair. For example, I’m looking at doing an open-faced manapua [pork roll] sandwich,” he said.

“Pounders is a great restaurant to showcase our food to people coming to Hawaii from around the world, and help them understand what Hawaii-style food is all about in a familiar presentation.”

“Being back at PCC makes me feel like I’ve come home,” Tai said. “I created friendships here, and we’re still friends. I experienced the aloha spirit, giving and receiving it; and now I’m proud to say I’m giving aloha spirit through my food.” 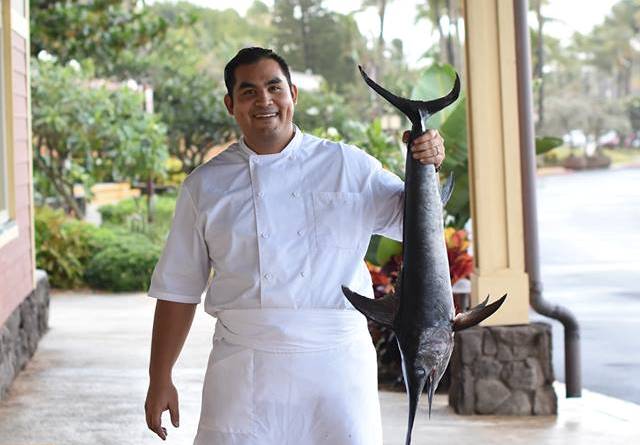 Catch of the Day with Chef Felix at Pounders Restaurant