Leadership by the numbers

Imagine an organization dedicated to portraying the best of ancient cultures in a modern environment. Add in executive leadership who must thoroughly understand both sides of that equation, and you begin to define the Polynesian Cultural Center’s seven-person President’s Council: 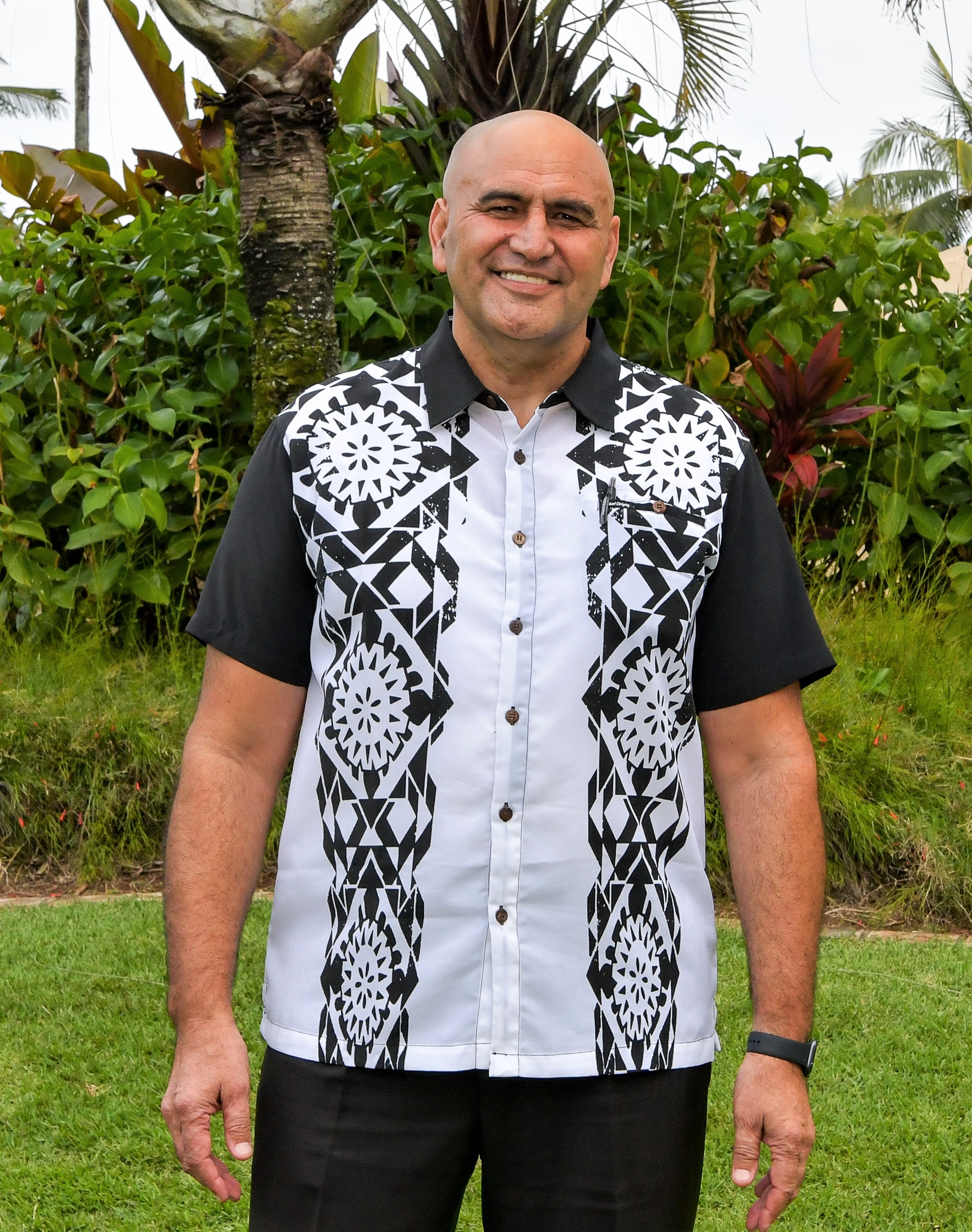 ■ P. Alfred Grace, President and Chief Executive Officer, is a New Zealand Maori. He arrived here in 1983, funding his education on a BYUH rugby talent award and also as a student worker in theater, guides, reservations and sales. Maybe it was his charming Kiwi accent, but there’s no question he had a gift; and when he graduated with a degree in tourism management, the Center had already asked him to join their full-time sales team. Grace advanced through the ranks, negotiating with tour companies and representing the Center in Waikiki and around the world.  By 2008 the PCC picked him as its first-ever Chief Operating Officer; and when PCC’s top officer retired in 2013, the Board of Directors named Grace to the number-one position.

“One of our core directives is to provide support and development opportunities for BYUH students. As we each carry out our daily duties here, may we always be mindful there are hundreds of young people working at the Center today. We need to allow them opportunities to grow. With each passing year, I hope (we) realize more fully that we work in a wonderful place. Many of our alumni think fondly of their years at the Center, however brief, for the rest of their lives; and if you were to ask our more senior team members, they would undoubtedly tell you their time here seems to have slipped by.” 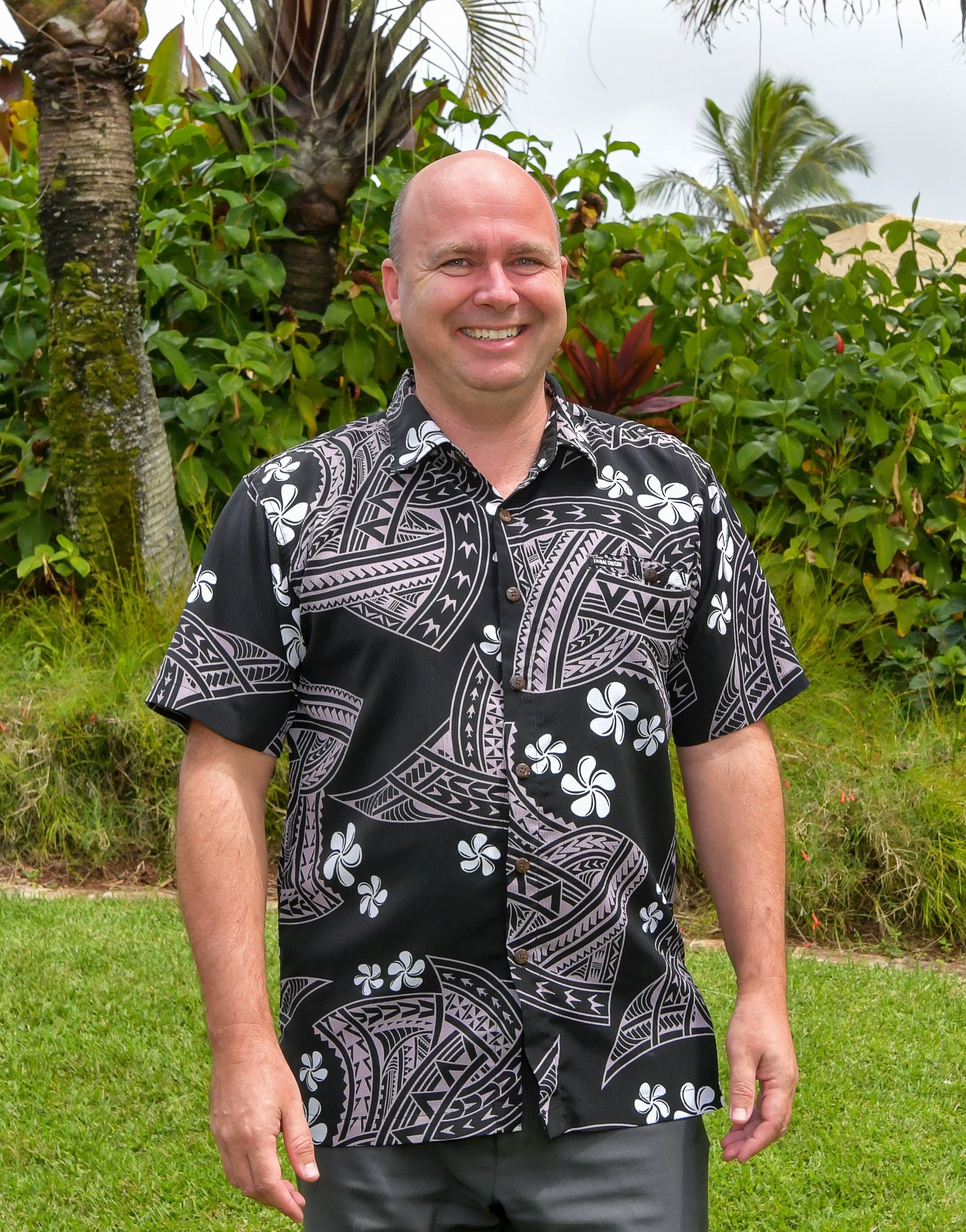 ■ Jarod Hester, Chief Operating Office / Chief Financial Officer: Born in England but raised in New Zealand, Hester graduated from Auckland University in Commerce, and for the next 12 years worked in Church-related finance, including nine years of extensive travel throughout the South Pacific islands. He joined the Center in 2013.

“I love to visit the different islands represented here and am most impacted by the old traditional dances and chants. They are deeply stirring. We serve over 650,000 guests a year inside the Center yearly, and assist between 800-900 students working to gain their education. The scope of our reach is so broad. It’s a real privilege to work for the Polynesian Cultural Center.” 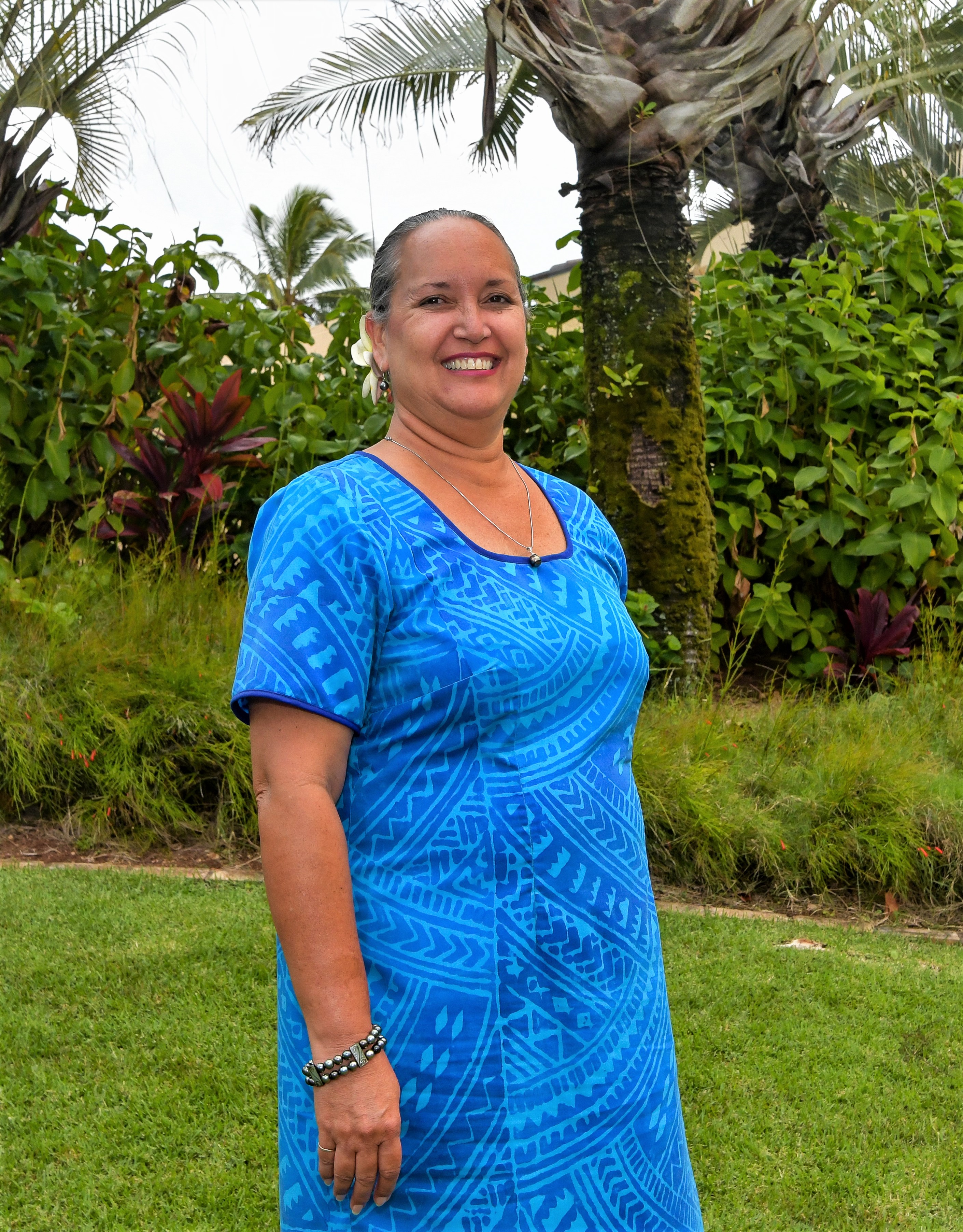 ■ Delsa Atoa Moe, Vice President of Cultural Presentations: Born and raised in Samoa, Moe came to Laie in 1978, was a PCC student-worker and after graduating from BYUH, PCC quickly offered her a full-time position. Her talents have been utilized throughout the Center, serving first as an island demonstrator and dancer, then working her way up through management in the Sales and Cultural Presentations divisions.  Just last year the Center celebrated Delsa’s 40th year of employment.

“I thought I would come here, go to school, and probably end up someplace on the mainland or back in Samoa. But when I got here, I fell in love with the PCC. I did go to BYU-Provo for one semester and really enjoyed it, but…that was not quite the same as PCC.” 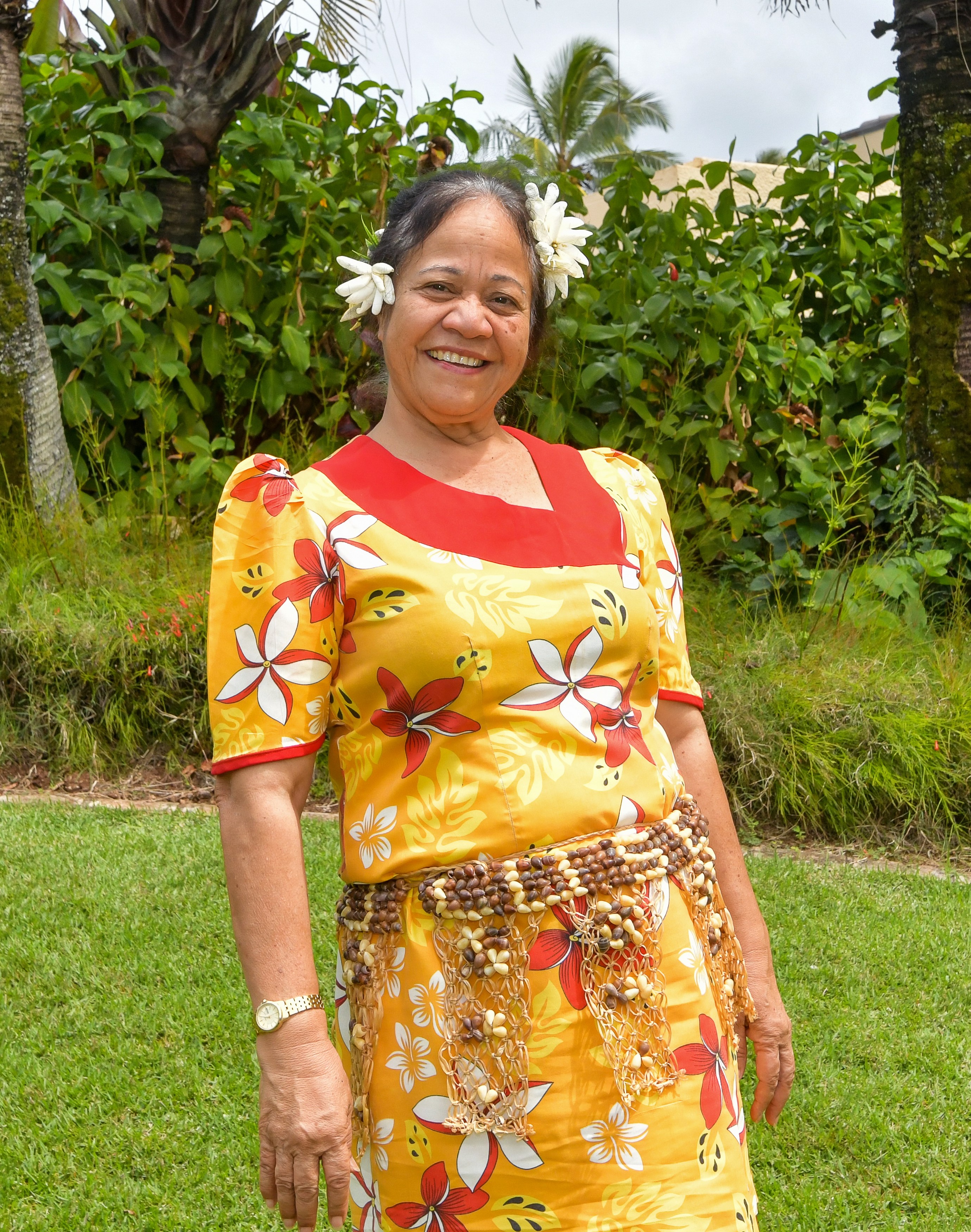 ■ Fifita Finau Unga, Vice President of Food & Beverage, originally from a small island in Haapai, Tonga, Unga first came to Laie in 1976. Like thousands before and since, she was a PCC student-worker, serving first as a dancer and then as a demonstrator within the Tongan Village. After graduating from BYUH in 1982, she joined PCC food services full-time. One of the longest serving employees, Fifita was recognized for her leadership skills, by being promoted to the position of Vice-President of the department in 2015. She now heads one of the largest divisions at the Center with 300-plus workers serving hundreds of thousands of meals a year.

“The most important ingredient the Food & Beverage department provides is to acknowledge and share the spirit of Aloha with our guests. It can be challenging to present that level of service to thousands of people within those two hours of dinner service, day in and day out, but our servers give all that they have. We feel honored and blessed to represent our Polynesian cultures to so many.” 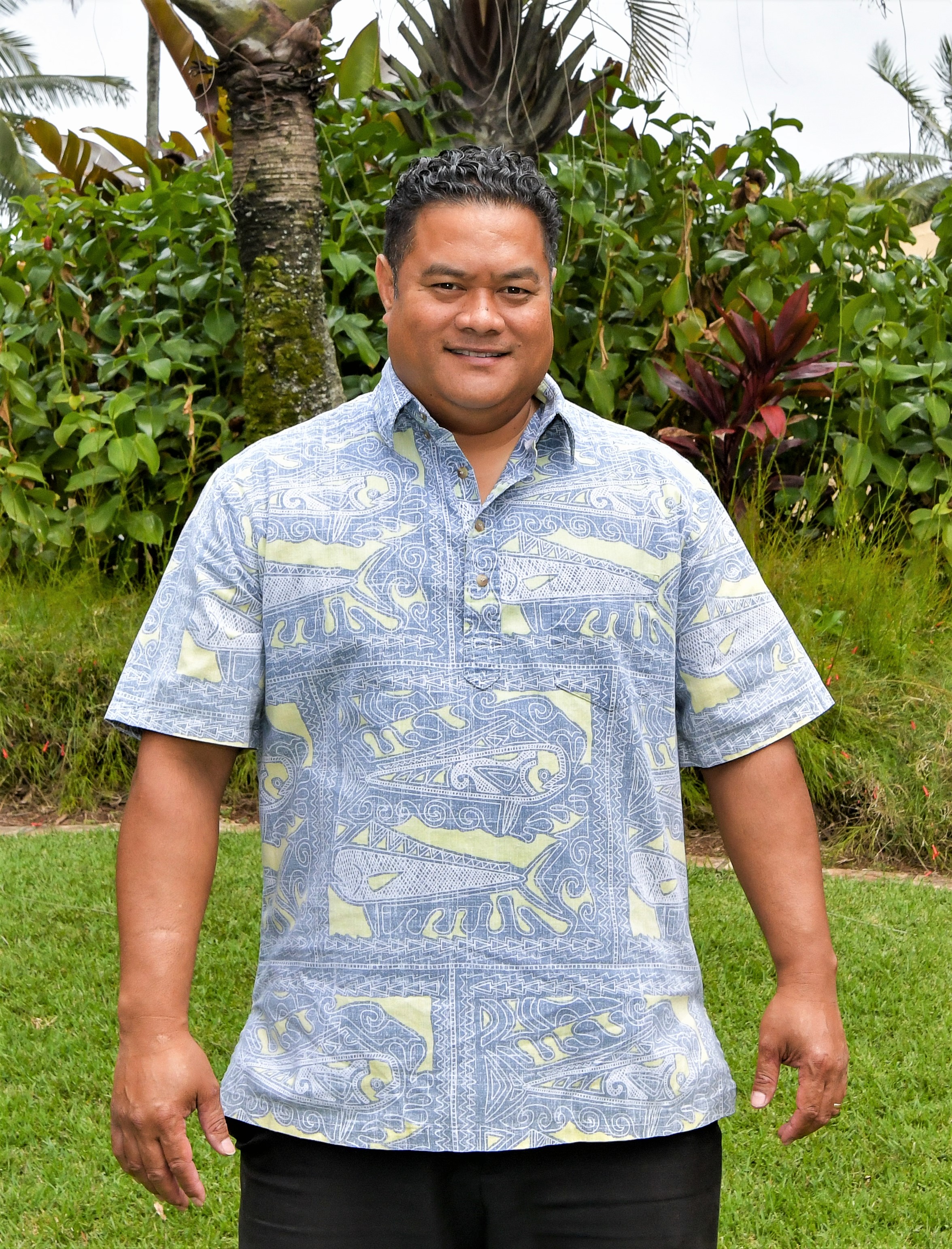 ■ Jerome Uluave, Vice President of Facilities Management, is of Tongan and Samoan heritage. He grew up in Laie, first worked at the PCC as a teenager, and after graduating from Kahuku High, went to Utah to earn a degree in construction management from Utah Valley University. Returning to Hawaii, he supervised construction in Honolulu and rejoined the PCC in 2014 as a project manager. He now leads the Center’s large “blue-shirt” team of full-time workers and skilled senior volunteers in maintaining and developing all of the Center’s Physical Facilities.

I grew up at the Polynesian Cultural Center and at nearby BYU-Hawaii.  I pounded tapa with my grandmother in the villages, caught prawns in the lagoon, built huts with my uncle, and danced in the show at the PCC.  I pulled weeds with my grandfather and worked in the carpentry shop at BYU-Hawaii.  I may have the blood of my culture in my veins but my memories and history start here.  The Center doesn’t just represent my roots.  It is my roots.” 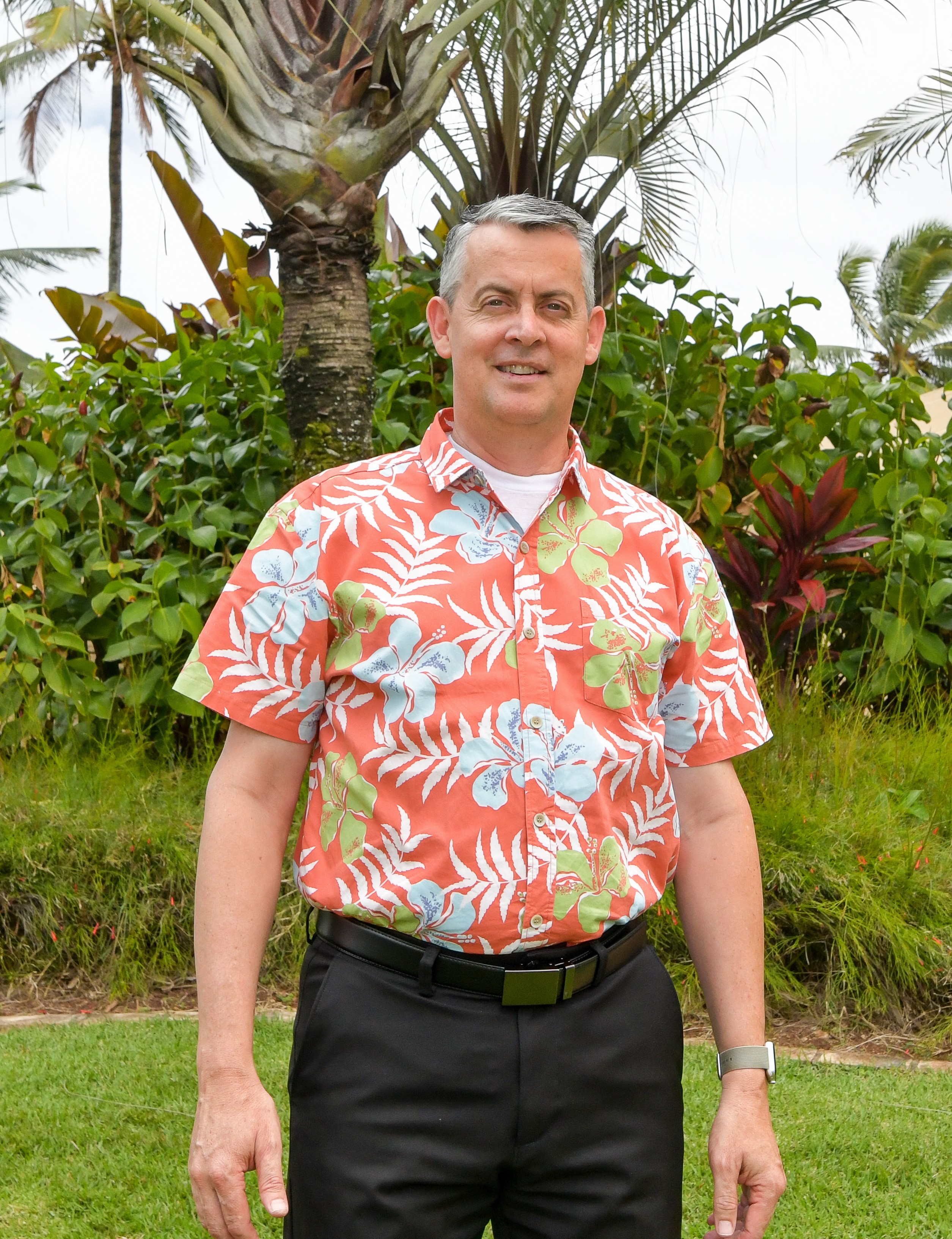 ■ Eric Workman, Executive Vice President and Chief Marketing Officer, first came to Oahu as a baby. Although he has lived many places, the Center has continued to call him back to the little town of La’ie. It was during his college years at BYU-Hawaii that he met and married his wife, Anne, a lifelong resident of La’ie.  He became a student-worker in video sales in his senior year. Following graduation, Workman and his young family spent three years working in Kobe, Japan. The PCC hired him back in the 1990s as senior manager for retail sales until he returned to school to acquire his Masters in Business Administration at BYU Provo.  Dow Chemical hired him following his graduation where he became a Marketing Director, and eventually their Global Marketing Excellence Leader, serving 12 years at their Michigan headquarters. When Alfred Grace was named President of the Center, one of his first moves was to invite Eric to return to the Center.

“I always missed what we had here — the sense of meaning and purpose,” he said. “We know what we’re doing is to help students at BYU–Hawaii get a great education. We are doing something valuable and perpetuating the cultures of Polynesia.” 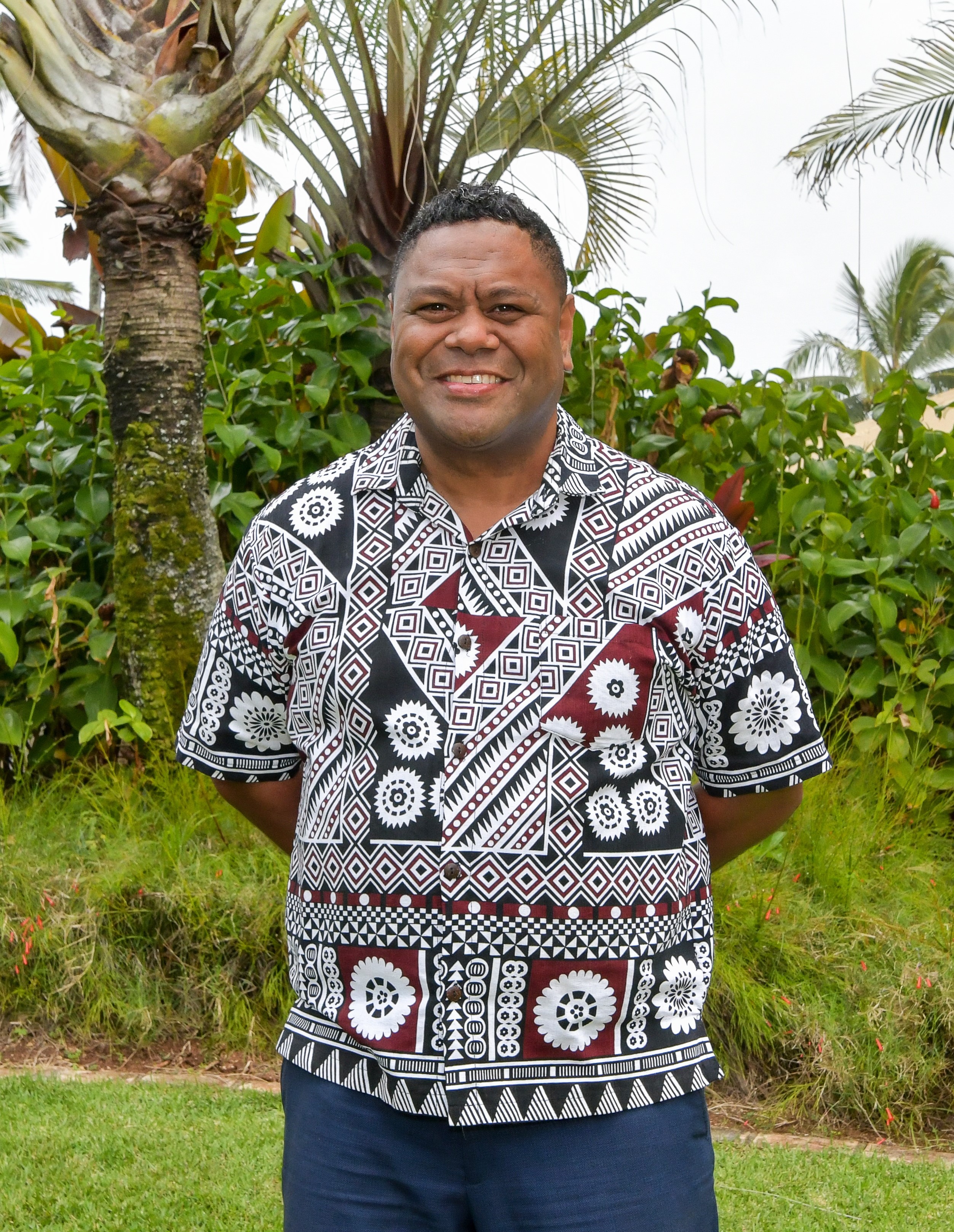 ■ Tai Vuniwai, Vice President of Human Resources, was born in Suva, Fiji, but moved to Laie as a boy when his parents attended BYU-Hawaii — and worked at the Polynesian Cultural Center.

The family moved on to the Bay Area in California, but after high school Vuniwai returned to Laie to study communications at BYU-Hawaii — and be a PCC student-worker. After graduating, he earned a masters in HR from the University of Hawaii, worked for three large Hawaii companies, and most recently for five years headed up the Hawaii office that manages health and benefit plans for PCC and BYUH employees. When John Muaina, the Center’s long-term VP of HR retired in 2017, Vuniwai was the “right person” to replace him.

Working at the PCC again is “like going on a long journey, and coming back home. We have a wonderful ‘family’ [and] like any family, there are always opportunities for us to do a little better than we did before, and still hold onto our core values: Our particular relationships and taking care of our people, and preserving the culture of what we have.”

To say that the executive leadership of the Polynesian Cultural Center is both diverse and deeply committed to their mission to “Preserve and portray the cultures, arts and crafts of Polynesia; and contribute to the educational development” of our students and staff would be an understatement. From the day the Center opened in 1963, their executives were always handpicked to inspire and lead.  “I have worked under so many presidents and CEOs throughout the years”, share Fifita Unga. “Their mission was always different, but they always had the same North Star.”

“Many of the members of today’s President’s Council have literally shared not just their work day, but their life experiences: weddings, births, funerals and celebrations,” Delsa added. “Fifita and I worked together as dancers. Alfred actually worked as a dancer when I served as head of the Theater Department. We not only respect one another;s contributions at work, we are friends outside of work. This has helped us to work as a unit; truly one mind, one purpose. The perpetuation and sharing of these amazing cultures have our 100% commitment.”

“In short, we are part of something very special at the PCC” stated Alfred Grace

Those of us who work under their leadership know not only how much the Polynesian Cultural Center means to our President’s Council, we know that we matter. They know our names, and more importantly, they know our stories. We truly are “led by a special team of people.”

Story by Mike Foley, who has been associated with the Polynesian Cultural Center for over 50 years. He had a long career in marketing communications, PR, journalism and university education before becoming a full-time freelance writer and digital media specialist in 2002. Foley learned to speak fluent Samoan as a Latter-day Saint missionary before moving to Laie in 1967, and he still does. He has traveled extensively over the years throughout Polynesia, other Pacific islands and Asia. Though nearly retired now, Foley continues to contribute to PCC and a select few other media.