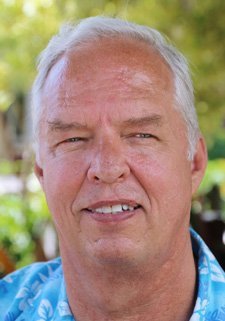 Elder Alan Glaus  and his wife, Sister Michele Glaus, retired in May and recently left their home in Phoenix, Arizona, to voluntarily serve at the PCC for the next 18 months. They are two of approximately 30 senior missionaries currently serving at the Center at their own expense, freely sharing their time and professional talents.

Elder Glaus, who worked for many years in electrical engineering and digital design, is assigned as a project manager helping the PCC theater department “catalog all of the lighting and sound equipment used throughout the Center, and putting that into an inventory control system,” he said. Sister Glaus edits a weekly employee newsletter and does other assignments. As indicated, however, his current volunteer work here is actually a homecoming.

Hawaii via New Zealand: In 1957 Elder Glaus’ father, F. Wayne Glaus, left Salt Lake City, Utah, to became one of the original faculty members at the Latter-day Saint Church College of New Zealand, a boarding high school near Hamilton. The following year the rest of the family joined him and enjoyed living on the North Island until late 1964.

Soon after returning to Utah, Wendell Mendenhall of the PCC board of directors asked Wayne Glaus to become controller for the recently opened visitor attraction. Elder Glaus recalled that not long after his family arrived in Laie, the PCC board asked his father to propose a budget, and, after accepting his proposal, invited him to become general manager. 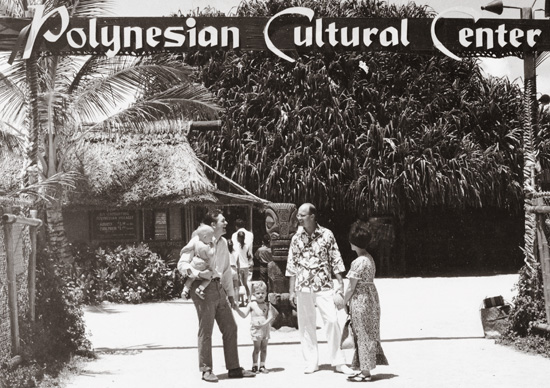 PCC general manager F. Wayne Glaus (in the aloha shirt) greets new marketing manager Wynn Hewlett and his family at the main entrance to the PCC in 1967

“That was in the summer of 1965,” said Elder Glaus, who would attend ninth grade at nearby Kahuku Intermediate School that Fall. “My dad was acting general manager for a while, and then they made him the permanent GM. David Hannemann, who still lives in Laie, was his assistant manager. Those were the two guys who turned the PCC around by implementing my dad’s plan.”

“My dad also hired a guy named Wynn Hewlett as the marketing manager. Wynn worked with the interisland tour companies, and helped set the PCC up as a tour destination.”

Elder Glaus remembers his father and Hannemann would cancel the evening show back then if it looked like it was going to rain. “They had a methodology so they could let the tour companies know early enough to cancel. Well, one time their procedure didn’t work. All the tourists came, and the rain really poured. The show went on anyhow, and it turned out the performers all loved dancing in the rain. From that point on we never cancelled the show again for rain.”

Working with Elvis: “Another time I remember, when Elvis Presley was here filming the movie Paradise Hawaiian Style, I was put to work walking around the Center with a little bucket and a broom, sweeping up the rubbish that was left on the paths around after. Back in those days all the paths were covered with crushed coral.”

“My dad tells the story that one day when he was watching the filming, Elvis and some of the dancers were taking a break on one of the canoes out on the lagoon. Elvis was standing up when one of the dancers gave him a little shove, and he went into the lagoon. My dad was really worried, but Elvis came up laughing, and everybody was good buddies after that.”

“I was in high school at the time, and I liked the ocean, so I spent a lot of time there. I attended Kahuku in the ninth and tenth grades. Fred Camit [who recently retired from the PCC] was one of my classmates, and also Esther Dela Rosa Macy and Almira Ah Quin Ah You,” said Elder Glaus, who noted his family moved back to Utah in 1967, “so I didn’t graduate with the Kahuku Class of ’69, but I still come to the reunions.”

“We rode a school bus to Kahuku. I played JV basketball after school and we practiced on an asphalt court outside — it was very hot, and then we would hitchhike home. Junior Ah You was our varsity basketball star back then.”

“Laie was a small community, so all the kids in my high school class would pal around and have a lot of fun. Everybody seemed to know everybody. This is where I made some of my most enduring friendships.” 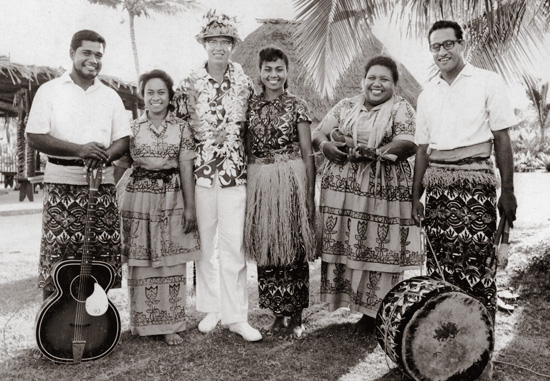 “I’ve come back several times since we moved,” Elder Glaus continued, “including when my wife and I got married in the Laie Temple 40 years ago. A lot has changed, of course, since I was first here; but the villages and people still have the same spirit about them. I think sharing the culture and aloha spirit of the Polynesians is the draw to come to the PCC.” 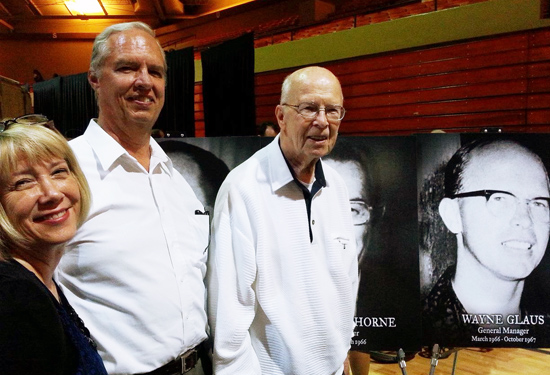 PCC lighting and sound technology: Elder Glaus said he’s also impressed with the PCC theater department’s technology. “The lighting in the theater is second-to-none, and the audio equipment is all very professional. We haven’t cut any corners.”

He said windward Oahu always faces the traditional challenges of salty breezes that “wreak havoc on the equipment, which is one of the reasons we’re working on an inventory system that will help us implement a preventatives maintenance schedule. We have close to a thousand light fixtures in the night show, and we need to keep them in good working order. We just spent six-to-seven weeks this past summer refurbishing all the lights.”

“For example, we replaced 19 electronically controlled light fixtures that were inside air-conditioned globes, with 12 new self-sealed fixtures. It’s also a challenge to sell or recycle that older equipment, because we’re on an island where there’s not a big demand for such things, and it’s expensive to ship things to the mainland.”

“I love serving here now,” said Elder Glaus, who has definitely come a long way since sweeping up after Elvis back in the day.