Tonga: The Legend of ‘Aho’eitu 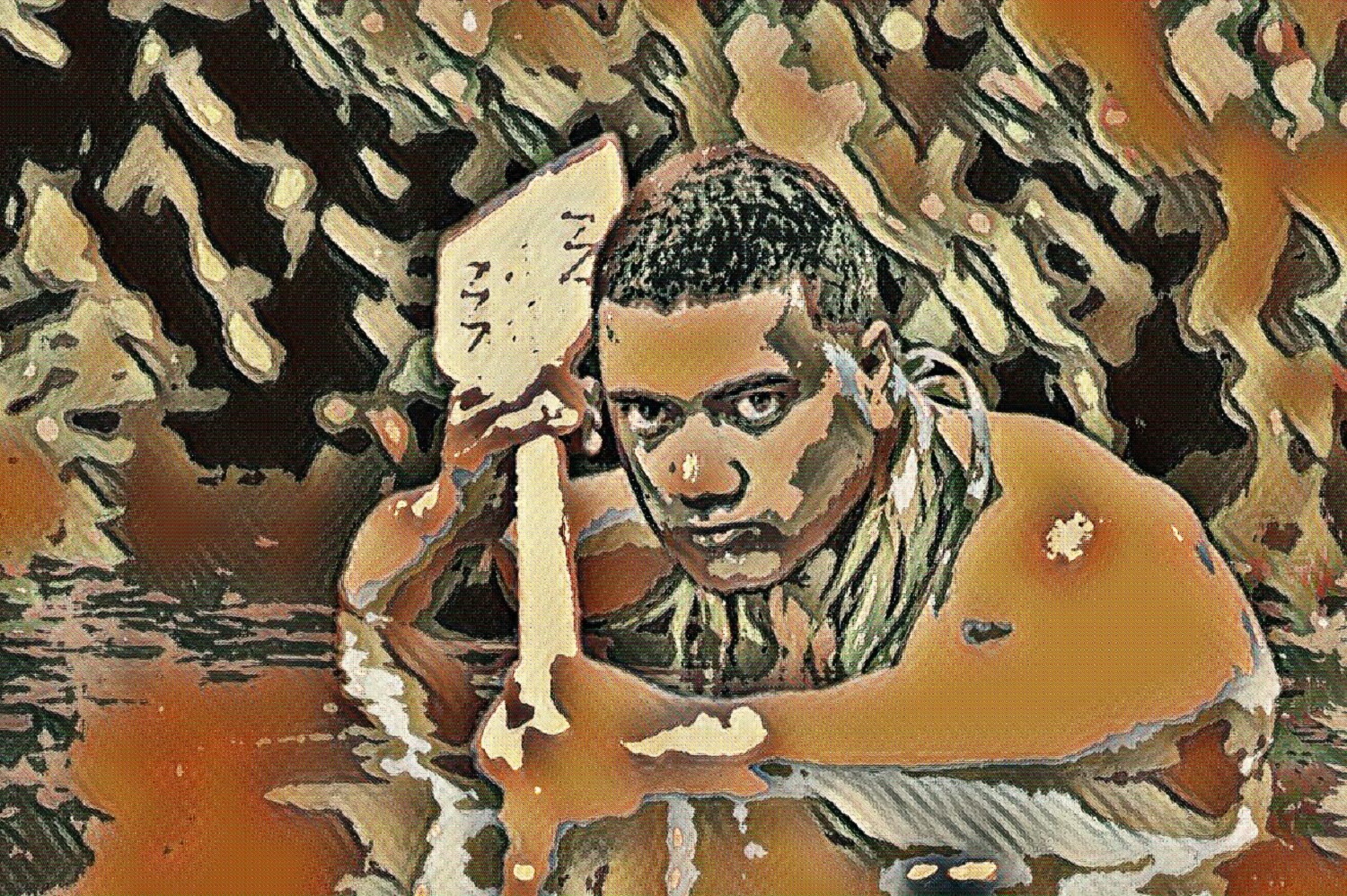 We are pleased to present the, an ancient tale of a half human/half god who travels to his father’s exalted kingdom to find his family. This story, filled with drama and lessons learned, is from the Islands of Tonga

There once was a god in the sky named Tangaloa ‘Eitumatupu’a who appeared by a large Toa or Ironwood tree whenever he visited the earth.

One day he met a woman named Va’epopua. They fell in love, and from that love she gave birth to a baby boy who they named ‘Aho’eitu. Although Tangaloa lived in the sky, he cared for Va’epopus and their son, ‘Aho’eitu by dropping clay from the sky so they would have good dirt in which to grow food.

When ‘Aho’eitu became a man, he asked his mother where he could find his father. Va’epopua took her son to a certain tree and told him that if he climbed the tree he would see a path that would lead him to the sky and eventually to his father.

After a long journey, ‘Aho’eitu reached the sky. Tangaloa ‘Eitumatupu’a was overcome with joy to embrace his son ‘Aho’eitu and introduce him to five of his half-brothers. Before long the brothers became jealous of ‘Aho’eitu’s handsome features and carried him away and killed him.

Their father returned from the plantation and discovered that his earthly son was dead. He admonished the brothers to help bring ‘Aho’eitu back to life. The next morning they looked under the mat which was covering a Kumete bowl and found that ‘Aho’eitu was alive once again.

‘Aho’eitu felt bitterly betrayed by his brothers, and returned to Tonga. His brothers expressed sorrow for what they had done and asked their father if they could join ‘Aho’eitu in Tonga. The father agreed telling his sons that because of their actions, they and their descendants would serve ‘Aho’eitu for the rest of their lives.

‘Aho’eitu was appointed as the first Tu’i Tonga or King of Tonga by his father Tangaloa ‘Eitumatupu’a. The descendant of the oldest brother become the Tu’i Pelehake chief and the four other brothers became the Falefa (four houses). To this day, when there is a Kava ceremony during the funeral for a King of Tonga, the Falefa will organize to ensure the event runs smoothly.

The Tongan society is rich in legends and traditions. You can learn more by visiting the Polynesian Cultural Center on the island of Oahu, Hawaii, which highlights 7 distinct island nations: Hawaii, Aotearoa, Fiji, Samoa, Tahiti, Tonga and Rapa Nui. Come visit us and immerse yourself in the power of Polynesia.