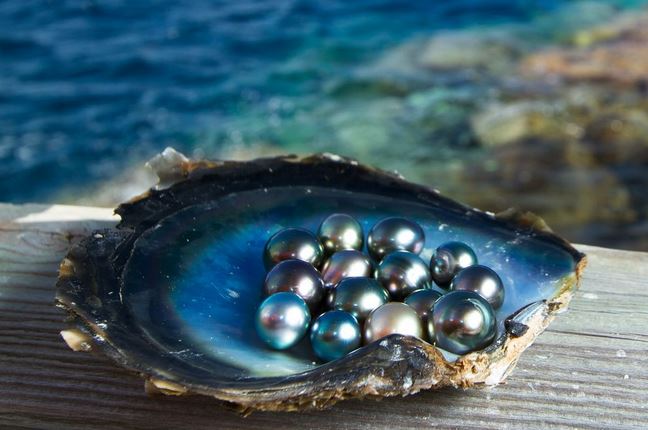 For my 16th birthday, my parents gave me a black pearl embedded on a turtle-shaped mother-of-pearl shell (the necklace in my profile picture). I was immediately mesmerized by its entrancing beauty. Tahitian black pearls are not actually black, but a rainbow of colors on a dark surface which causes a wonderful contrast, and in my opinion is what makes them so desirable.

According to Bora Bora Island Guide, “The darker the color, the more valuable the pearl.” I was thrilled to find out these pearls come in diverse hues, shapes, and sizes. 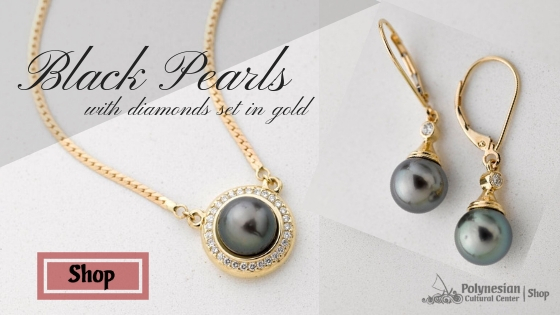 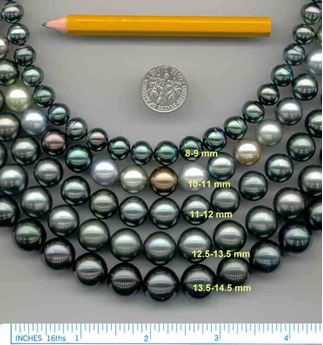 Another element which separates the Tahitian Pearls from most other pearls is the size, ranging from 8mm-18mm (approximately the end of a AAA battery to an American dime).

Nowadays, companies can manufacture in pearl farms and the rarity of pearls has decreased significantly. However, according to Tahiti Sun Travel, the black pearl long ago had a reputation for being of “exceptional value and rarity that was only enhanced by its use in the jewelry of the world’s royalty and nobility.

The natural black pearl became known as the ‘pearl of queens’ and the ‘queen of pearls.’” Legends from various countries try to explain the existence of this exotic jewel.

In French Polynesian myths, ‘Oro (the war god) or Oro (the god of peace and fertility) offered such a pearl to the Princess of Bora Bora as a token of his love for her. Other Polynesian legends tell of “how the moon bathes the ocean in its light to attract the oysters to the surface so that it may impregnate them with heavenly dew. Polished by time, this drop of light holds this heavenly radiance within its heart and cloaks itself in a garment with blue, green, pink and golden reflections that shine and blend in harmony” (Tahiti Sun Travel). My father told me the Tahitian Black Pearl is a symbol of hope for the weeping heart.

Chinese legends say the Black Pearl is formed in the brain of a dragon, and therefore signifies cunning, mystical wisdom. Other parts of Asia believed them to be tears of mystical beasts mixed with pain and relief. 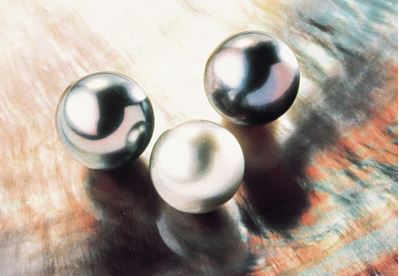 Many Greeks, Romans, and Persians believed the black pearls were “born from the meeting of a rainbow with the earth,” and that imperfections were due to thunder. Some believed white and pink pearls to be Eve’s tears and darker pearls to be Adam’s tears because men were said to be able to control their emotions better, therefore releasing more suffering with each tear shed.

Regardless of origins, the Tahitian Black Pearl is a wonder and beauty to behold.

More on Myths and Legends: 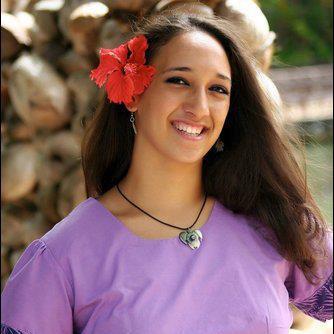 My name is Jerrica M. Levi and I am married to Mark Levi, who is training to be a supervisor at Subway in Laie. I am Afakasi (half-Samoan) and a member of the Church of Jesus Christ of Latter-Day Saints from Missouri. I originally came to Laie to help my sister, Shyla Lafaele, babysit, but I stayed because I fell in love with the Aloha Spirit and refused to part from it. Eventually, I attended Brigham Young University-Hawaii. I excel in English reading, writing, and analyzing. Up until a few months ago, I was a Shift Manager at Pizza Hut Laie and a Student Manager at the Brigham Young University-Hawaii Reading Writing Center. In April 2014, I received a Bachelor of Arts degree in English, minor in Psychology. Now, my professional title is a Part-Time Instructor for the English Department at Brigham Young University-Hawaii teaching English 101.

My hobbies and interests include singing, dancing, and writing. I am drawn to and passionate about charitable organizations, such as Locks of Love and Radiating Hope. Activities that include the outdoors, spending time with children, using my creativity, and/or helping those in need are activities of which I am honored to participate. I also enjoy playing various games, watching Anime, and experiencing other such adventures with my husband. Someday, we will have children of our own, but until that time, I value opportunities I receive to spend time with children and help them grow and learn. My ultimate teaching goal is to teach in a Middle School because that is when I feel creativity blossoms the most. My ultimate writing goal is to write something that will influence or change at least one person’s life for the better. I suffer from Post-Traumatic Stress Disorder (PTSD) and hope to become a strong and professional beacon for others who struggle with likewise symptoms. Life is tough, but bit by bit, we can make it through. Keep your head high and do not be ashamed of your healing tears.