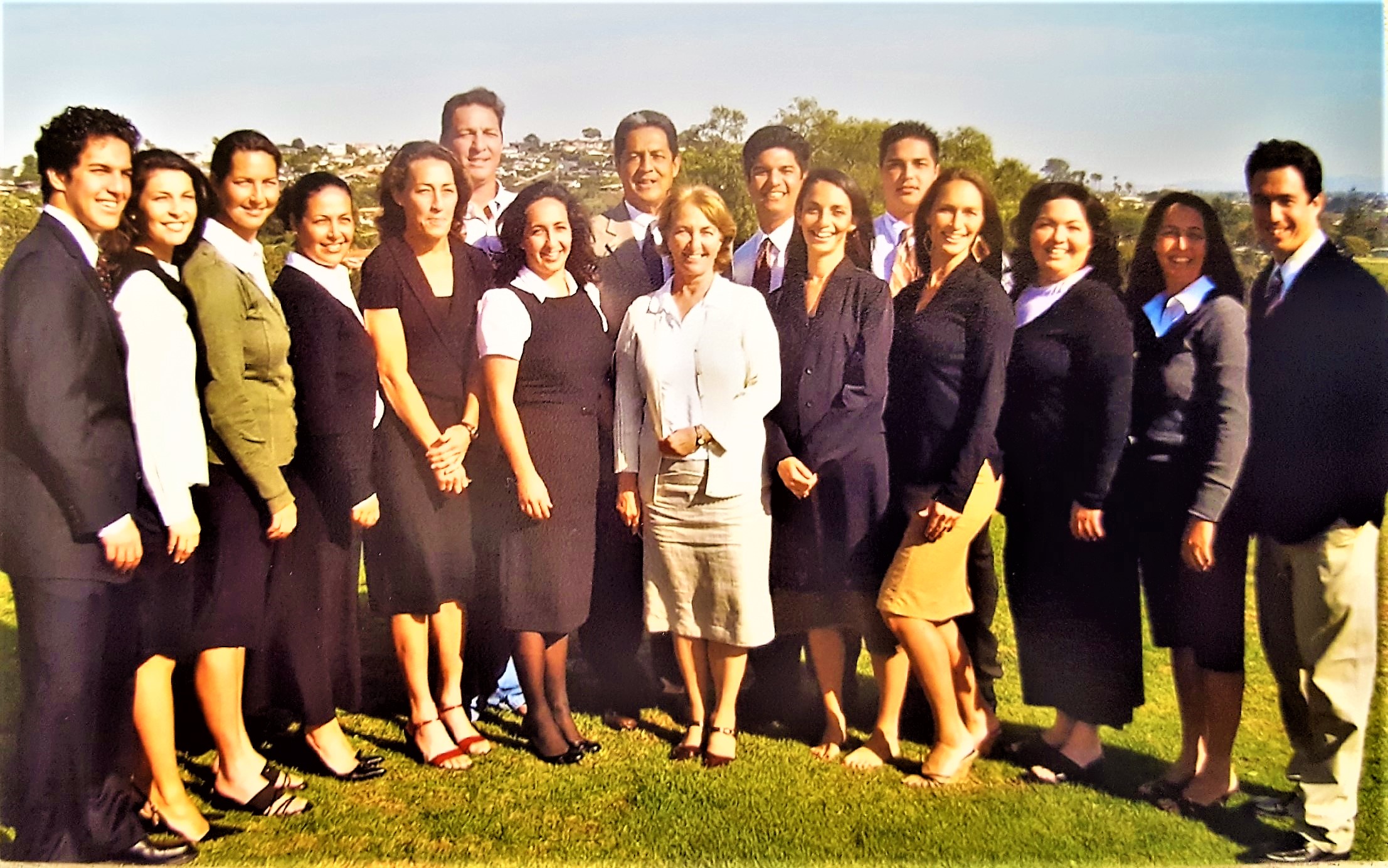 We pay tribute to the late William H. Cravens (1941-2019), who served as the on-site leader at the Polynesian Cultural Center (PCC) from 1975 to 1983, and during that time became our first Polynesian president. 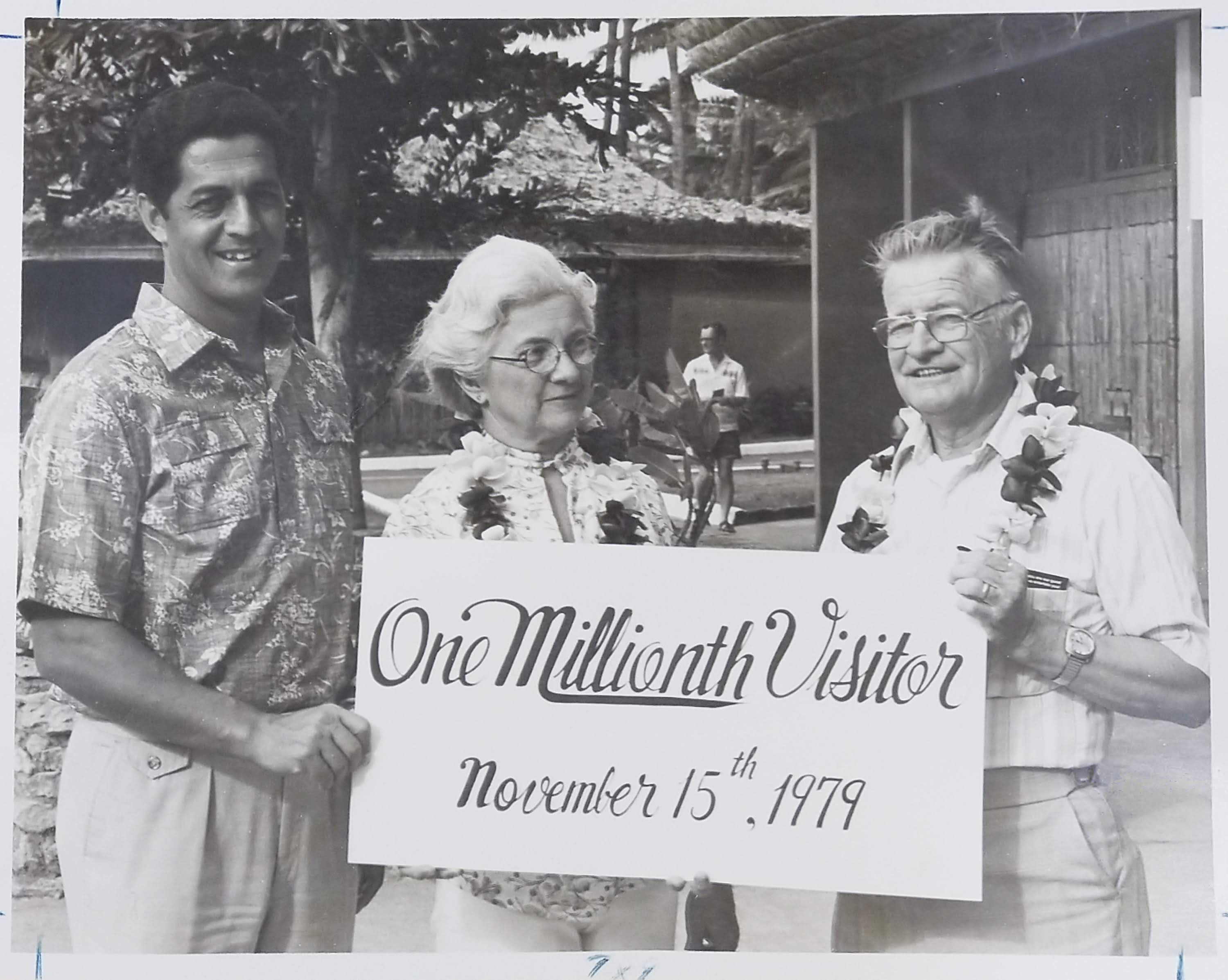 Bill Craven, as President and General Manager of the Polynesian Cultural Center recognizing the one millionth guest at the Center in 1979. 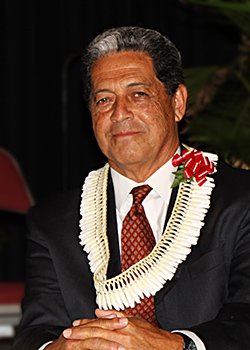 A friend to all

It is difficult to underestimate or overstate the alofa tele (great love) and admiration many PCC old-timers and Laie community residents still have for President Cravens and his extensive family.

Alfred Grace, President and CEO of the Polynesian Cultural Center

PCC President and CEO Alfred Grace said, “I will always be grateful for the counsel and support I received from Bill on managing the Polynesian Cultural Center and just coping with life in general. Even after all these years, his passion, commitment and love for the PCC and this community were still there for all to see and feel.” 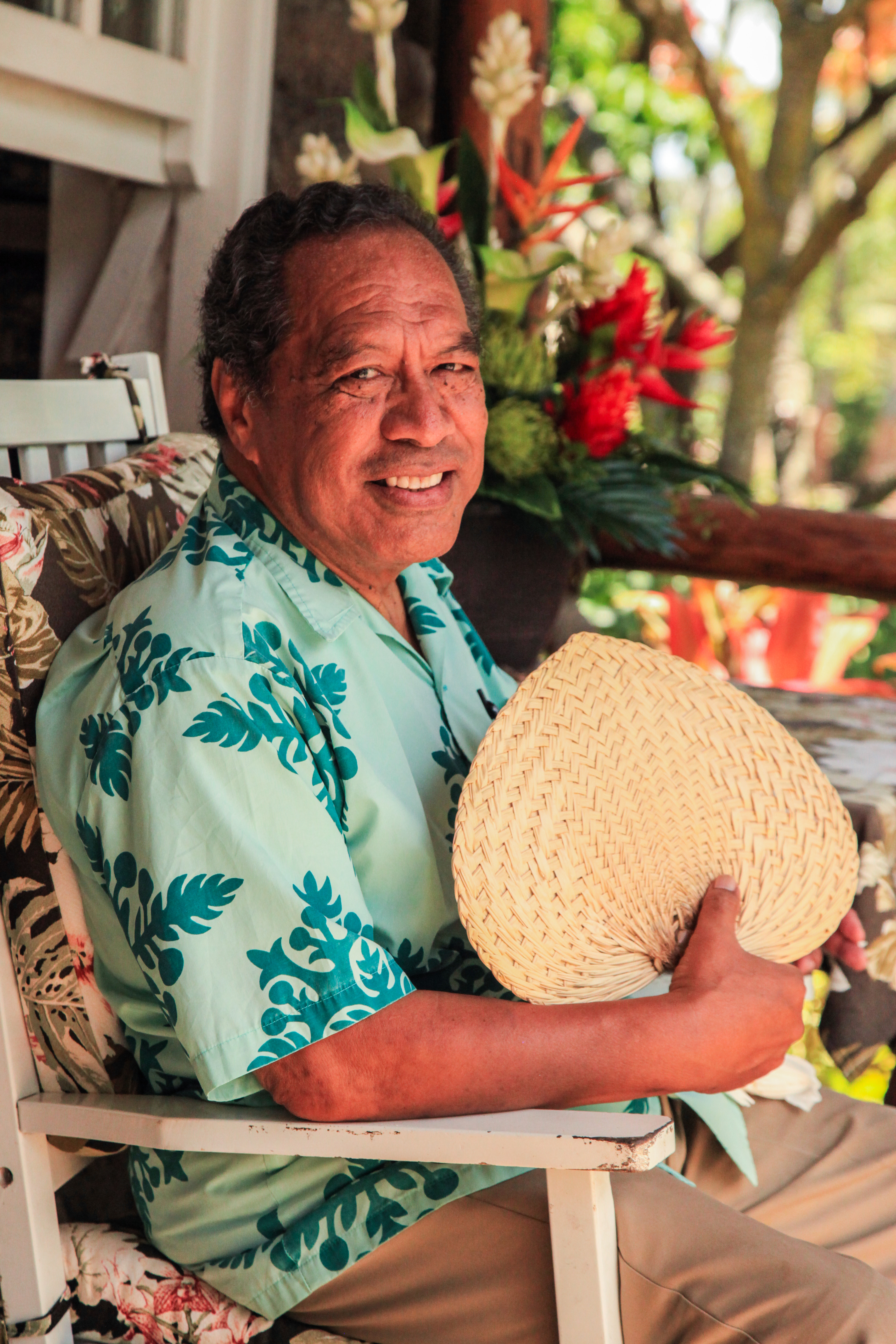 “Bill was a good man, and I miss him,” said retired colleague and friend Carl Fonoimoana who knew him both in California and American Samoa before both their families moved to Laie in the 1970s. “He did a lot of good things at PCC.”

Les Steward, who worked in PCC finance and other areas for many years, recalls Cravens as “a young and spiritual Polynesian visionary leader. He was very forward thinking and guided the PCC through our early and successful years of real attendance growth. That was also a challenging time as he navigated through tax challenges leading to the future success of the PCC’s mission.”

“We have all been blessed by his and Karen’s continued love for the Center,” Steward added. “We will miss his association and friendship. A hui hou [until we meet again], Bill.” 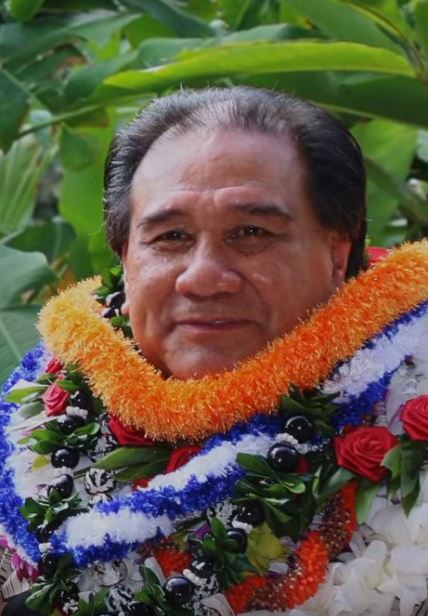 Jay Akoi, a management trainee under Cravens’ early administration, who recently retired from PCC purchasing after many years of service, said, “William H. Cravens will always hold a special place in my heart. I am most grateful for Bill’s love for my family, the community and our BYU-H Seasiders athletic program. My job at the Polynesian Cultural Center turned out to be a 45-year career. Thank you, Bill. You will never be forgotten here.”

Retired PCC senior manager and Hawaiian culture expert Cy Bridges has many memories of working with Cravens. He said one day Cravens called him and the late Uncle Bill Wallace III into his office and asked them to start the Center’s own hula halau. Bridges said he and Wallace were initially concerned at all the extra effort that would take, but after Cravens pledged the Center’s total support, Hui Hooulu Aloha soon emerged as a talented group. 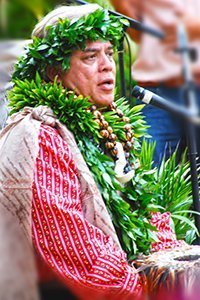 The PCC’s own went on to distinguish itself in the Merrie Monarch Festival, King Kamehameha competition and many other appearances — and after a recent revival, danced during the PCC’s Moanikeala Festival on Sept. 7, 2019. 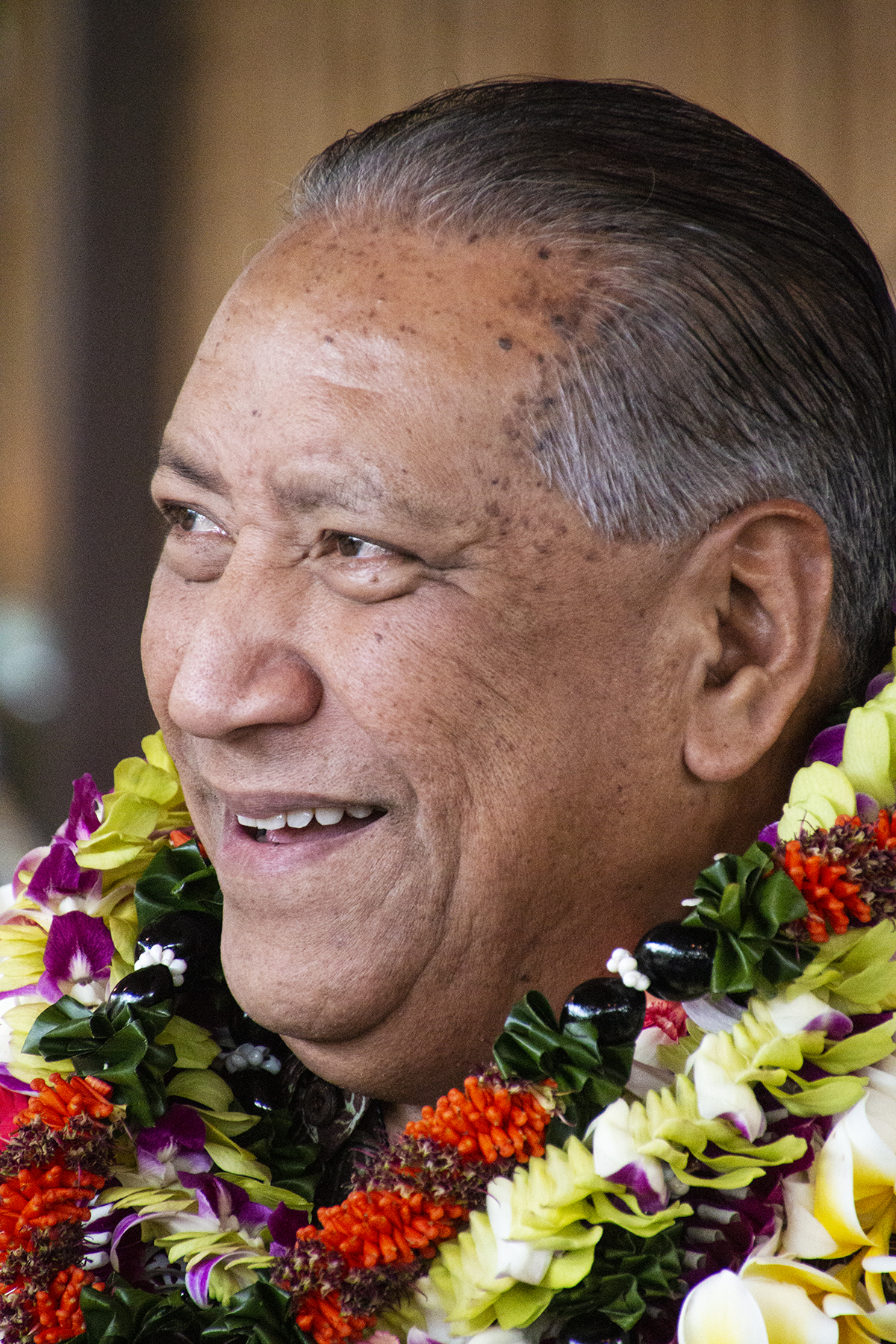 “The history of the PCC’s Asian Executive Management program (formerly the Chinese Internship Program) began when Bill received a phone call from the Commander of the Pacific Fleet Headquarters (CINPAC). They requested that PCC host a group of high-level Chinese dignitaries who had just finished visiting then-U.S. President Jimmy Carter.”

After an initial welcoming, Cravens hosted the group in the PCC Boardroom. Their leader, General Geng Biao (through his interpreter), inquired about sending their “brightest” students to study at the Brigham Young University–Hawaii (BYU-H). Following this inquiry, Cravens invited BYU-H President J. Elliott Cameron to join them. Both presidents understood the significance of the general’s visit from the People’s Republic of China and told him they would need approval from Church leaders.

In 1981, six months after that initial meeting, the first group of six young managers from China arrived in Hawaii. It was an auspicious beginning, and the joint program continues today. Almost 400 interns have since participated since it started. “Reciprocation of goodwill was key in the formation of friendly relations between the PCC, University, Church officials and the Chinese Government,” said Muaina, who coordinated the ensuing training program for many years.

Oldest daughter Susan Noanoa Cravens Kunz, PCC’s e-marketing retail director, recalled her father and family were always active. They loved hiking, body surfing, and going to the movies in Waikiki, among many things. “Dad was always fun,” she said. “For example, he built a half-sized basketball court in right outside his front door and invited neighborhood kids to play there at all hours.” 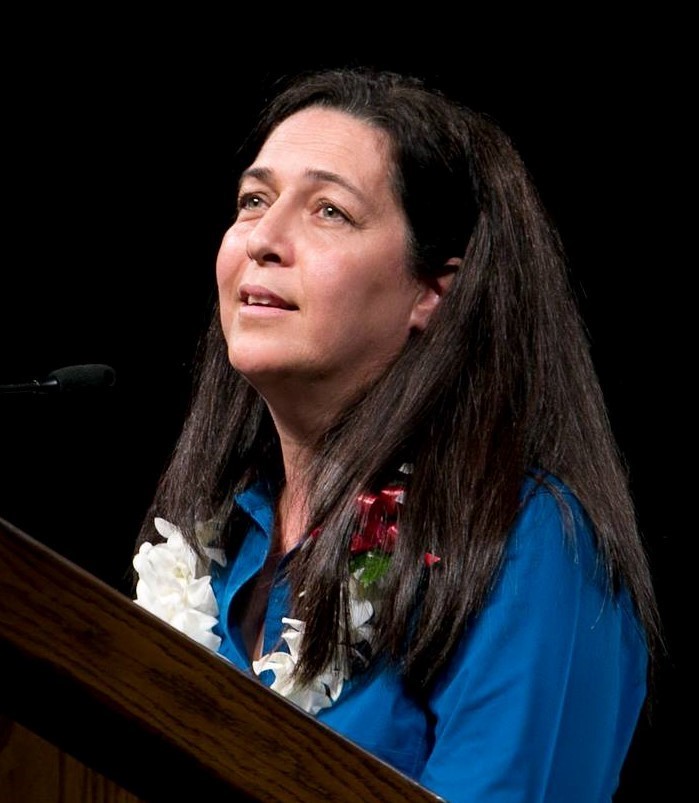 “Really, my favorite memories of him are similar to many others. He took time to listen, was truly interested in others, and then gave meaningful, helpful life-changing help.”

“When I think of those who served as presidents of this special place,” said Steve Laulu, PCC director of cultural islands, “Bill Cravens is one who stands out in my mind because of who he was. He was not only a wonderful president of the PCC, he was my PCC president when I first came to work here.” 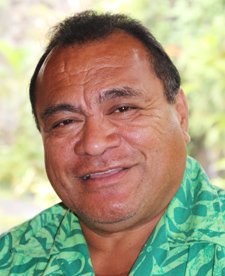 “He was a loving, kind and humble man who always greeted us with a smile. He showed genuine interest in the employees and was very complimentary of our work. Whenever we crossed paths, he would always take the time to ask how I was doing.”

“Bill Cravens was a people’s man. He made us feel special about ourselves and he valued our contributions to the Center. He was an example of how one ought to treat people regardless of position and status. Ia manuia lau malaga [may you have a blessed journey], President Bill Cravens. You are truly my hero!”

Delsa Atoa Moe, PCC Vice President of cultural presentations, who last saw President Cravens at the late Uncle David Hannemann’s funeral earlier this year, said, “From the time I knew him and his āiga [family] in Samoa, to the time I worked for him at PCC and the associations I’ve had with him thereafter, he’s always been spiritual, a family man, a gentleman, an empathetic leader and a great friend to many. I count him as one of those giants I’ve admired.” 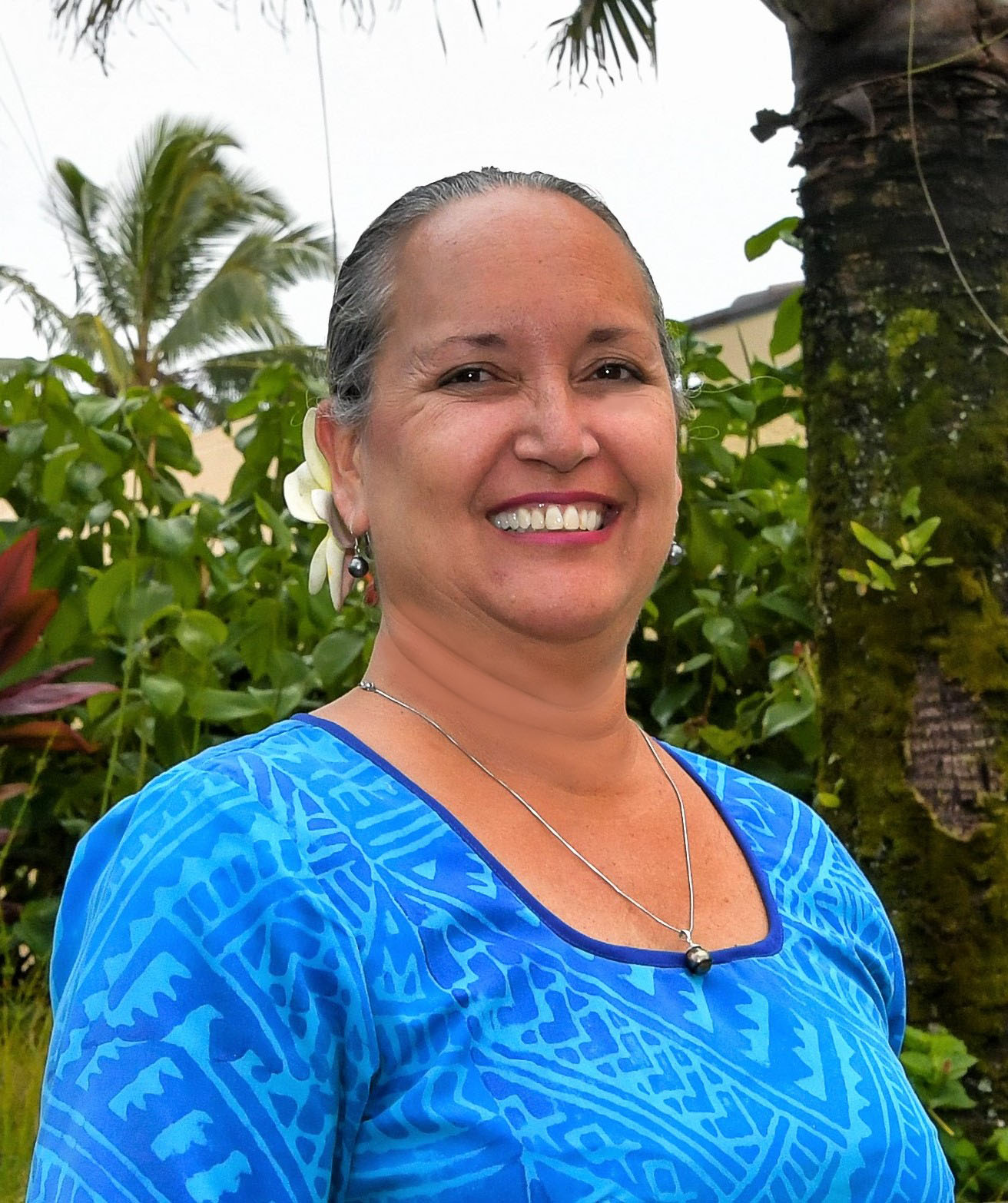 “When I came to BYU-H in 1978, he was General Manager of the PCC and many employees thrived under his leadership. He was very charismatic and approachable. He was also fun and loved his sports. He was firm yet encouraging with his expectations. He was always gracious and generous with his time to help others in need; and when he left PCC, he remained a good friend and mentor to many of us.

“To Sister Cravens, the children and the extended Cravens āiga,my heart goes out to you all at this time of great sorrow. May the love that many of us have for your husband and dad remove a little bit of death’s sting. Your loss is our loss, too, as we all look forward to seeing him again in the next life. Thank goodness for that knowledge. Alofa tele mo outou uma le āiga Cravens pele [great love to all of you, dear Cravens family]. He certainly touched my life for good. Ia manuia lau malaga, President Cravens.

“He will be missed in person, but his contributions and love for PCC will always be remembered with much fondness as part of PCC’s legacy.”

Story and photos by Mike Foley, who has been associated with the Polynesian Cultural Center for over 50 years. He had a long career in marketing communications, PR, journalism and university education before becoming a full-time freelance writer and digital media specialist in 2002. Foley learned to speak fluent Samoan as a Latter-day Saint missionary before moving to Laie in 1967, and he still does. He has traveled extensively over the years throughout Polynesia, other Pacific islands and Asia. Though nearly retired now, Foley continues to contribute to PCC and a select few other media.

Bill and Karen Cravens were among the first people he met in American Samoa in 1965.