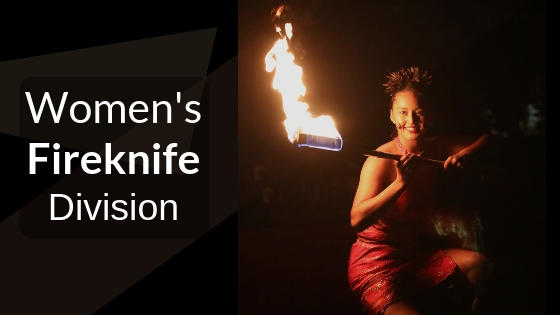 Moe explained she and her committee decided to reinstate a women’s open division (for ages 18-and-up). 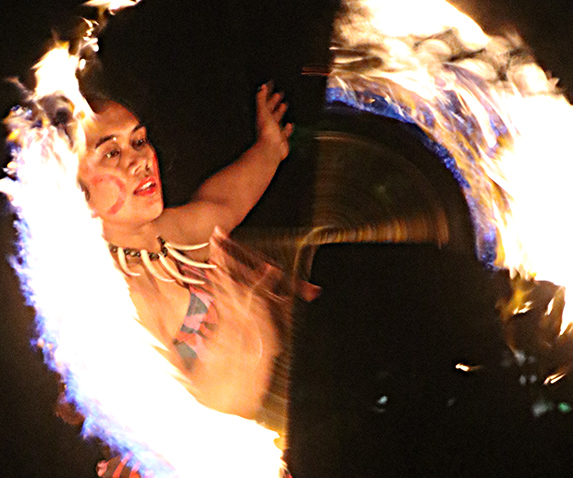 “Other women have competed in the open division with the men in the past, and a few have also claimed the intermediate level title,” Moe continued. “Now they’ll have their own open division.”

Other female champions of the World Fireknife include:

Women’s event to kick off the 2019 Championships

She also noted that while most of the female competitors are expected to be at least 18 years old, intermediate-age girls are welcome to join the open division if they choose, “but once they do, they cannot go back down again.” 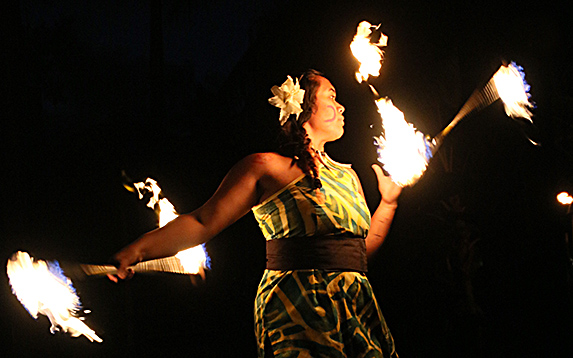 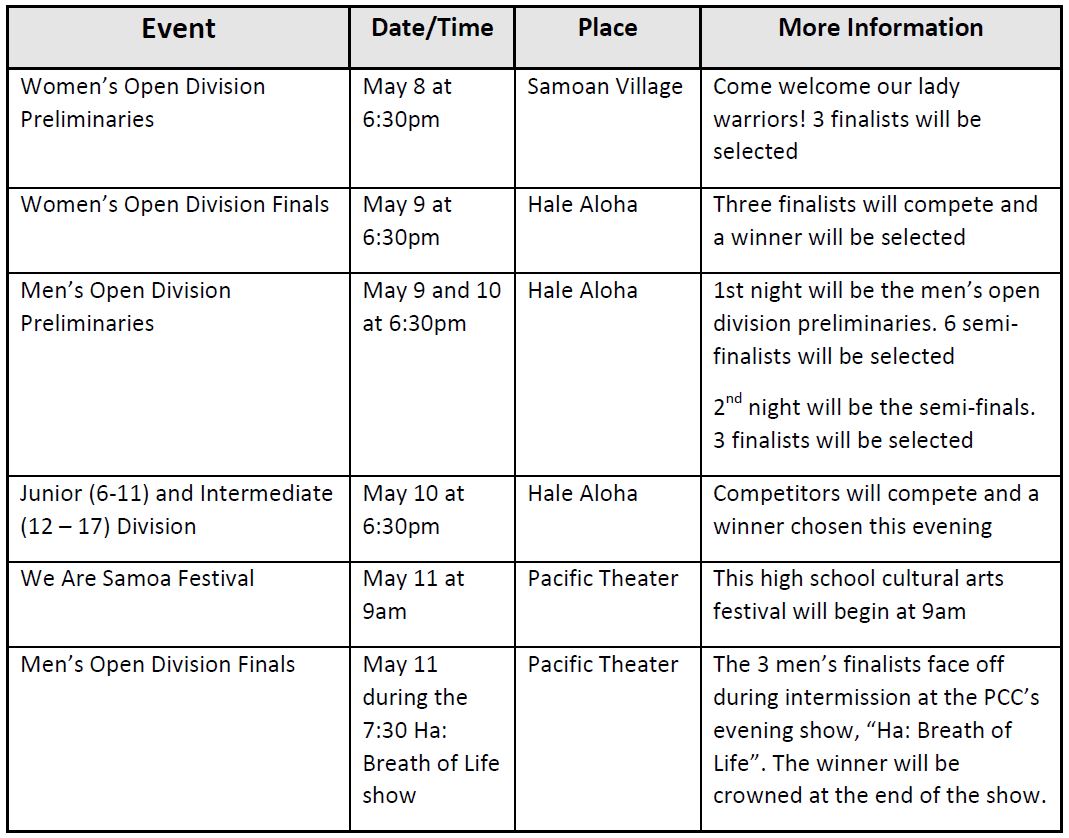 It was Pulefano Galea’i — a senior manager who retired in 2009, but continues to consult for the PCC — who first proposed the Center start a world fire knife competition. He has worked tirelessly ever since to make the event successful. 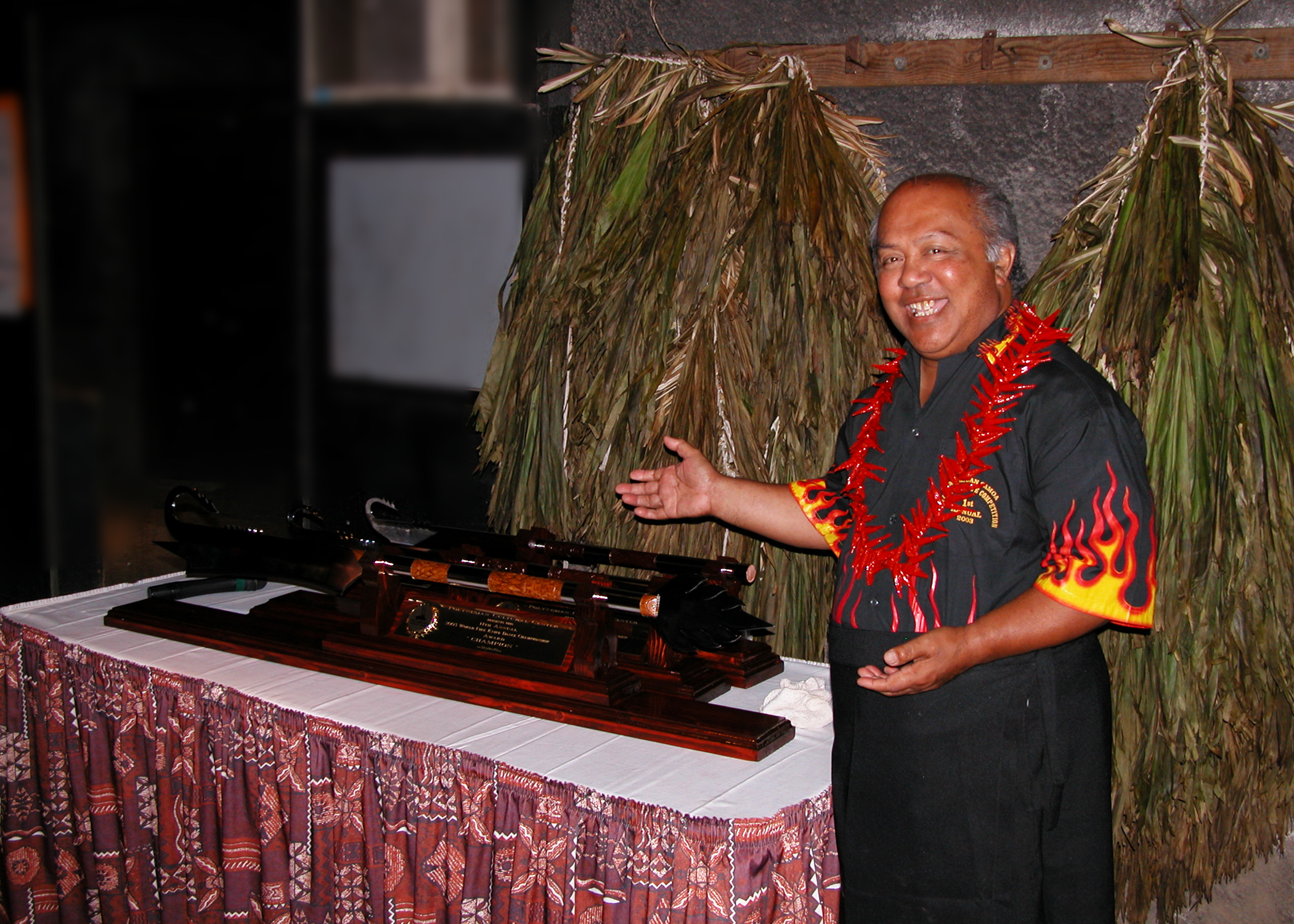 Moe said that “event founder Pulefano Galea’i is 100 percent supportive” of the decision to reinstate the women’s open division in the 2019 competition. “The women’s competition also honors the spirit of Samoa’s great female warriors of the past, Salamasina and Nafanua.”

Not only does Galea’i come from a family that’s been deeply involved in Samoan culture for many generations stretching far back into the history of American Samoa’s Manu’a islands, but almost 60 years ago he, his brothers — and a sister — helped spread the popularity of Samoan fire knife dancing, first in Laie, then Waikiki and eventually around the world.

“It’s exciting,” Moe said. “Interest is growing, and from what I’ve seen around here the women’s skill levels has gone up dramatically over past years. We expect at least six competitors, including Jeralee Galea’i.” 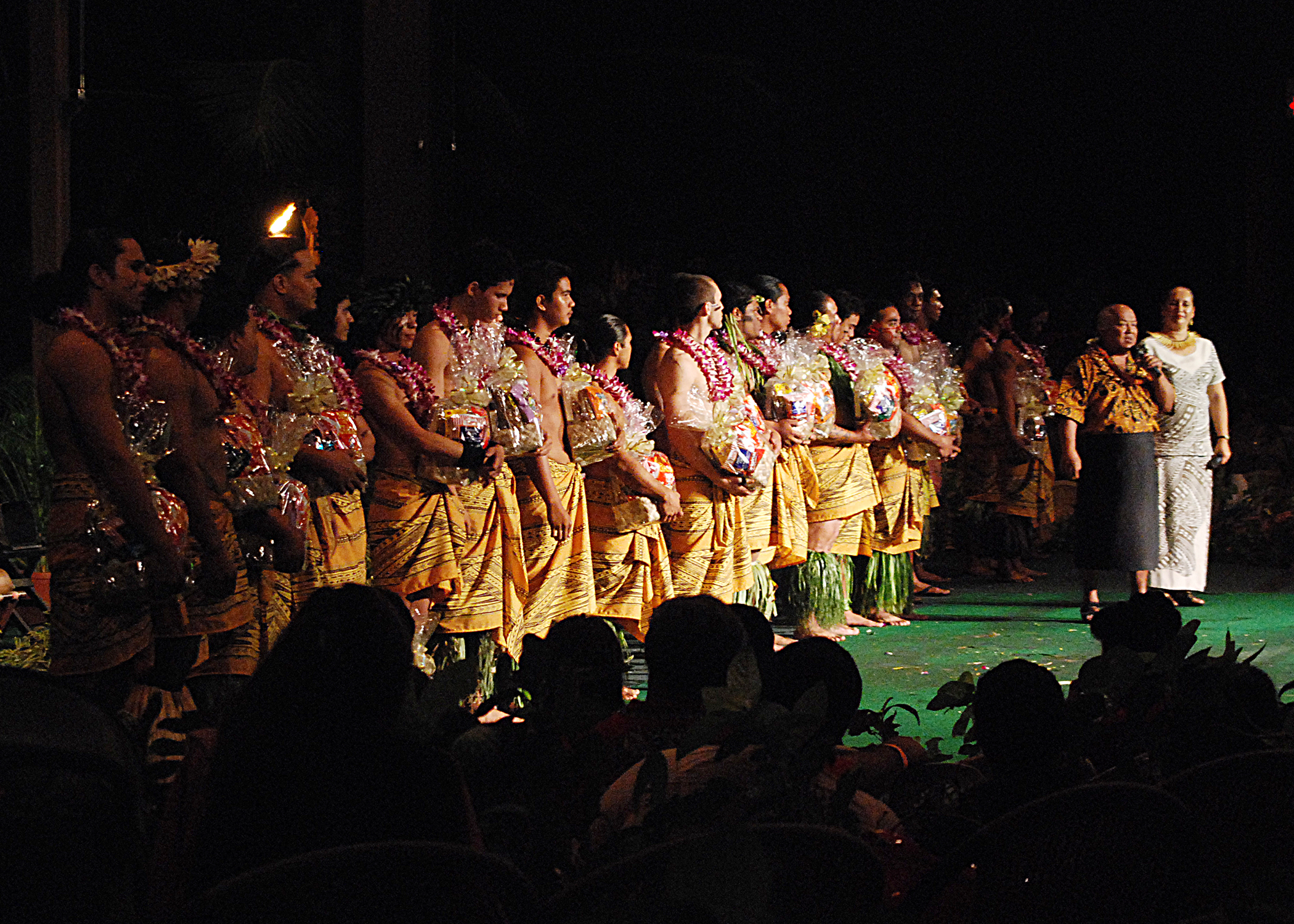 “All these years later, the Polynesian Cultural Center is still very excited to host the Samoan World Fireknife Dancing Championships. We support it. We’re grateful to our co-sponsors who help make it possible, and we look forward to putting it on for many more years to come,” Moe said.

“When we first started, probably the majority of good dancers were concentrated in Hawaii and Samoa. Now there are also outstanding fire knife dancers in Japan, Rarotonga (the Cook Islands), Tonga, Australia, New Zealand, Canada, Texas, Utah, Florida, California and Tahiti. It’s become a worldwide sport. Some of them have competed at the PCC.”

“In addition to increasing its popularity,” Moe continued, “we want to make sure that fire knife dancing is true to its Samoan origins. For example, these include traditional, energetic and aggressive fighting moves, and not just fire baton twirling.”

“The women also bring different aspects to the competition. For example, we’ll be looking for their grace and energy.”

“These are aspects of our culture we want to make sure all of the fire knife dancers appreciate, and that people will recognize as Samoan fire knife dancing when they see it.”

“That’s one of the reasons we’re grateful for Pulefano’s help,” Moe said. “The young fire knife dancers revere him. He’s a legend. The Galea’i family has a knife dancing dynasty. Yes, Pulefano honored the late high chief “Freddie” Olo Letuli from American Samoa as the ‘father’ of fireknife dancing as early as 1964 for his kindness and love, but I think it’s the Galea’i family who helped spread its fame around the world.”

“To have him here and have the young fire knife dancers be in his presence is amazing.”

He was a member of Pulefano’s original fire knife competition committee, and has covered most of the events since then.