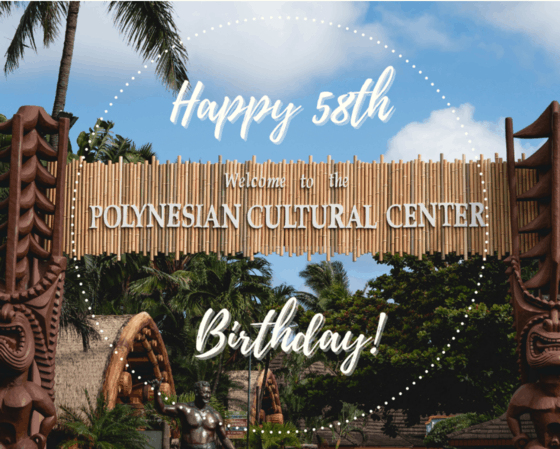 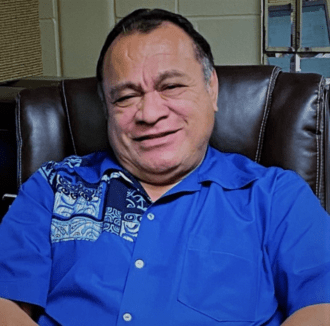 Steve La`ulu graduated from BYU-H with a degree in Business Management/Travel and Tourism and entered the banking industry with the full intention of becoming a banker. He has come full circle. He started as a student, left to experience the world, and finally returned to the Polynesian Cultural Center. Please meet, Steve La`ulu, Cultural Islands Director.

Steve was born in Western Samoa and attended the Church College of Western Samoa (CCWS). As a graduate of CCWS, he was given several opportunities to consider in choosing where to go next. He considered Ricks College in Rexburg, Idaho, but a counselor recommended Church College of Hawaii (CCH). At that time Steve didn’t know anything about Hawaii but the counselor said the vegetation and weather were similar to Samoa. So, he took a chance, packed his bags, and headed to Laie where he attended CCH. He was the first of 15 siblings to leave Samoa. After two years of college, Steve was called to serve a mission in Samoa Apia.  By the end of his mission, CCH had become BYU-H. Two years later he graduated with a university degree in Business Management.

While a student at BYU-H, Steve was also a dancer at the Polynesian Cultural Center. A student by day, and a dancer by night.  After graduation, Steve took a chance, applied, and was accepted to the management training program through American Savings and Loan, and started dancing in Honolulu at night. After 3-4 months of training in the management program, there was an opening at the Laie Shopping Center’s Honolulu Federal Savings and Loan Branch for a general manager. Steve took a chance, applied, and got the job. He finished training and took over as manager.

While working at the Honolulu Federal Savings and Loan, Steve and a group of friends from the Polynesian Cultural Center continued dancing in Honolulu. He was now a banker by day and a dancer by night. However, sitting behind a desk all day wasn’t his dream job. He took another chance and approached the company that hired him as a dancer and was offered a position as Entertainment Manager.  He was later promoted to the position of Director of Entertainment. He now held positions that allowed him to utilize his university degree and live the dream.

After 21 years, Steve took another chance and started his own business. He wanted to try being his own boss. He basically did the same work he had previously done for others, which was scheduling “anything that entertains.” After being on his own for 10 years, the job of Manager of the Samoan Village at the Polynesian Cultural Center became available. He again took a chance and got the job. Like so many others, he was coming home to the Polynesian Cultural Center Ohana. The circle was now complete.

Steve and his wife have been married for more than 40 years and live in the beautiful community of Kaneohe. They have two children and 13 grandchildren. The one word Steve used to describe the Polynesian Cultural Center is “blessings” for many people. He credits the people who “came before” who labored, some with no pay and stayed out of love, for laying the foundation for the Center we see today. “This place is an instrument in the work of the Lord. People who come here can feel the spirit.”

He feels “blessed” to be able to come back and share what he has learned to make this place better and stronger and to make sure others who come later will be blessed. 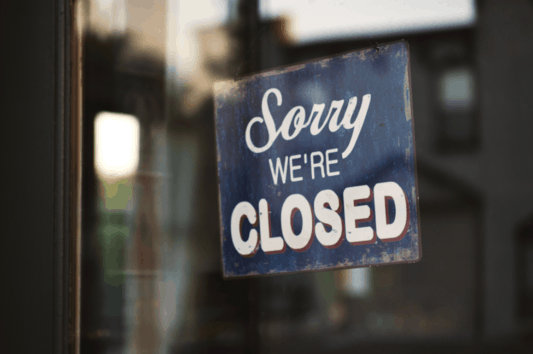 Until further notice, the Hukilau Marketplace will be closed on Wednesdays starting next Wednesday, October 6th (can you believe it is already OCTOBER!?!).

The main gates to the front parking lots will remain closed for the day.  Only the Hukilau Salon will remain open for business by appointment only and accessed through the Quarry Road mauka entrance.

We anticipate reopening on Wednesdays near the Holidays—once COVID restrictions are eased and more visitors have returned.

The devil whispers “You cannot withstand the storm”. The warrior replies “I am the storm”.
Anonymous 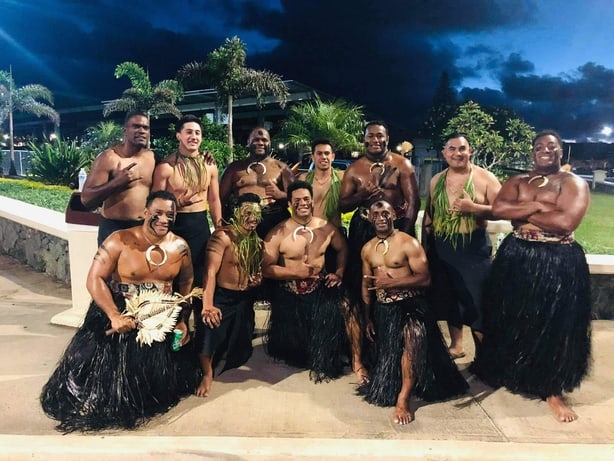 As Kali himself knows, everyone loves Fiji – but being Fijian at the Center is even BETTER!

The Polynesian Cultural Center is excited to be able to welcome Ratu Kalivati Volavola, former Student Development Systems Manager in the Human Resources Department, back from an 18 month-long military assignment.    Kali has been with the PCC since 2008, whereas a BYU-Hawaii student, he first worked in the Fijian village in the Islands Department, danced in the night show with the Theater Department, and served as an Ambassador Guide with Guest Services.  After graduating from BYUH with a bachelor’s in Business, Kali joined the US Army Reserves and was hired full-time in the Islands Department as the Cultural Ambassador at the Fijian Village, where he faithfully served until 2018. 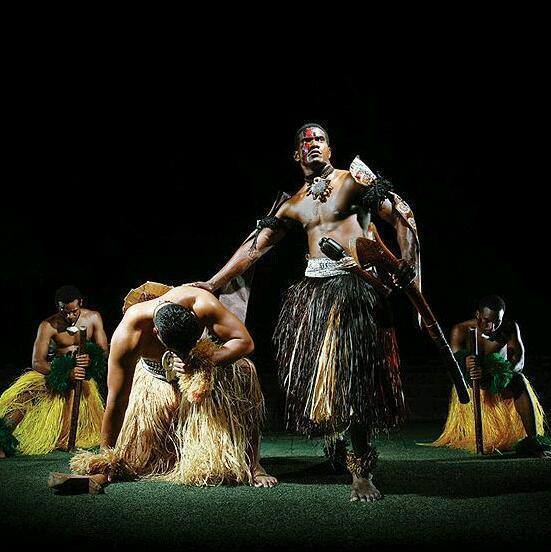 This is when he saw a management position open up at Human Resources for the newly created Student Development Systems Manager.  Ever-humble and extremely soft-spoken, Kali says he thought it would be a good experience to apply for the job, but “never”, he says, “never, ever, ever did I think I would actually get it.”  He describes the long and arduous process, including multiple interviews with different PCC leaders, as an experience that helped him grow in so many ways –  for which he is extremely grateful.

Kali worked hard to help create the PCC’s first Student Development System, fulfill a charter by the Board of Directors and President Alfred Grace, come up with strategies and methods to help mentor and develop career-ready skills in our student-employees in order to become the “genuine gold” President David O. McKay foresaw when he first envisioned the BYUH & PCC.

It was just a little over a year later, that the COVID-19 pandemic forced the doors of the Center closed, and a new opportunity presented itself for Kali.  While working at the Center, he also continued to serve faithfully as a medic in the US Army Reserves as part of the famed 442nd Infantry Regiment. In a short amount of time, he had quickly risen up the chain and attained the rank of Sergeant. 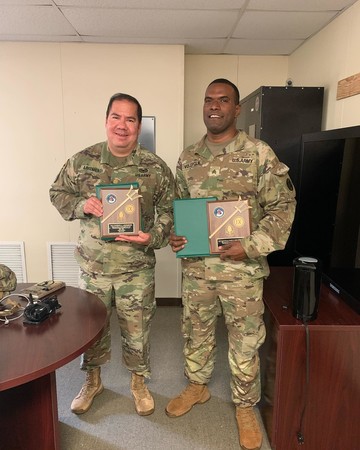 Obtaining the rank of Sergeant in 2020

He caught the eye of several of his commanders, who asked him to take on additional responsibilities by joining the 322nd Civil Affairs Brigade and moving to Fiji for a year. There he represented the United States Army as a much-needed Cultural Liaison Officer in Counter-Influence and in reaching out as an extension of the US Embassy there.  He accepted the position and applied for temporary leave from the PCC. He served as the commanding officer’s personal representative to allied forces and was tasked to utilize many of the skills and abilities he honed here at the Center, including building relationships of trust with the communities and helping to train others in overcoming cultural barriers and achieving conflict resolution. 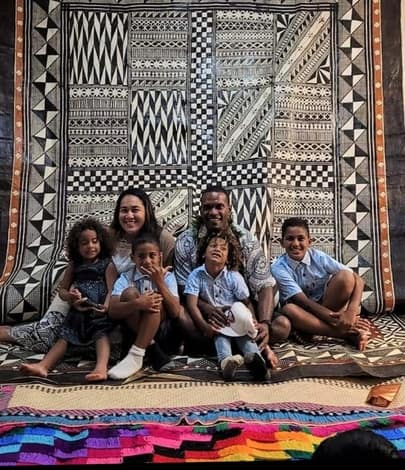 Kali, LeeAnn and the Volavola family

Kali excelled so much in this role that his commander recommended him for acceptance at the US Army Officer Candidate School, to be trained and developed into a commissioned officer.  It’s a grueling three-month course that took him away again from his wife, LeeAnn, and their four young children to whom he is a devoted husband and father.  The training is designed to be extremely physically and mentally demanding so that candidates can demonstrate their leadership abilities.  Kali graduated after successfully completing OCS, and was promoted to the rank of 2nd Lieutenant (2LT) — the first person of Fijian ancestry to become a commissioned officer in the US Army! 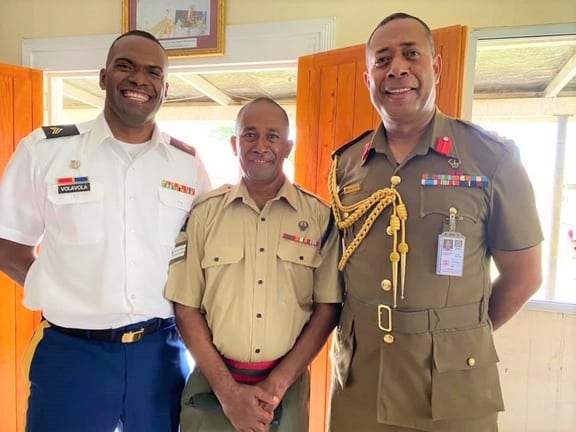 Now that Kali has returned to the PCC, he has been asked to return to the Fiji Village, this time as its Senior Manager and Chief.  For all of his many accomplishments and achievements, Kali remains the same humble and devoted person that first came to La`ie as a student nearly 14 years ago.  When asked how he feels about his new role as manager, Kali says he sees it as an opportunity to further the work started by the great leaders that came before him.

“One of the principles that I firmly believe in”, he says, “is the concept that everyone on the team has equal responsibility for the success of that team.  Everyone is responsible to contribute to our success, just as those who came before us did.  When we fail, we fail together.  When we succeed, we succeed together.  I hope that I can help to inspire my team to continue to lift the Fiji Village, and thereby the Center, to its full potential.”

It’s no wonder that Kali is well-respected and loved by those he leads.  He says that as a young employee at the Center he learned to see people as people, especially when he was having difficulty working with a particular person at work.  This transition grew out of the frustration of enduring a strenuous relationship in the work environment. He committed himself to change his perspective so that he could better understand why this person with whom he was having difficulty, was the way he was.  “Why is he like this?  What am I doing to cause him to believe what he does about me?  What can I do to change his belief so that we can work better together?”  He says that once he started doing this, a miracle happened!  Not only did he cultivate an appreciation and love for this person in his own heart, but he also saw that this other employee began to change as well.  A strained relationship was softened, and friendship blossomed where once there was only enmity.  “I will never forget that lesson of how powerful one’s attitude is in resolving relationships,” Kali said.   “Let me first diligently serve, as Ammon served King Lamoni, and look for all the ways I can help others before I expect them to change.  If I’m going to lead, I want to earn the respect of those I’m working with, so that they will want to follow me.” 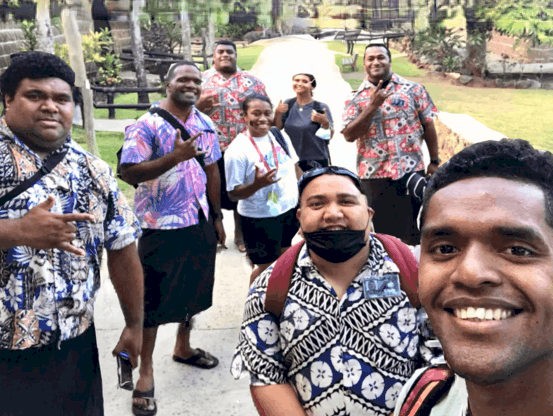 Kali and his team

If you haven’t yet had the opportunity, do yourself a favor and take a minute to visit the Fiji Village and meet its manager, 2nd Lieutenant Ratu Kalivati Volavola.  You’ll be glad you did.  After only a short time spent with this soft-spoken and humble leader, you’ll understand why the Polynesian Cultural Center is extremely blessed to have him serving here.

Here is a video and an article of Kali in action: 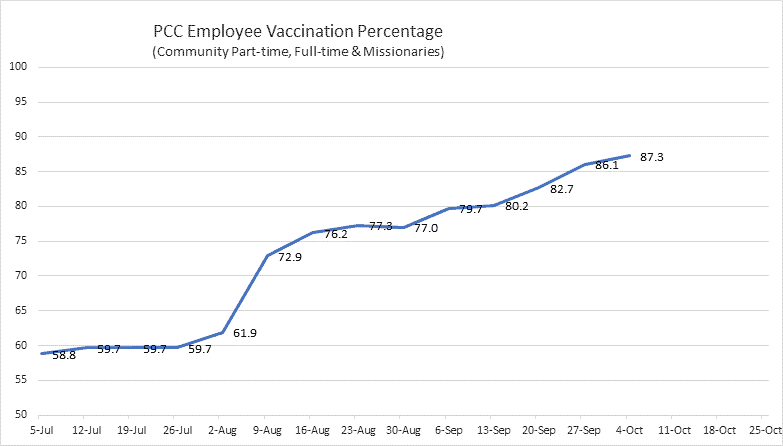 Distracted driving is a dangerous epidemic on America’s roadways.

43 states have banned texting while driving.

…more than 3,000 lives per year are lost and hundreds of thousands are injured in distracted driving crashes.

This is a hot topic that affects both our professional and personal lives.

So, what can you do in order to help keep your attention on the road?

Going a few hours without checking your cell phone isn’t going to kill you, but answering a call or text while driving just might. 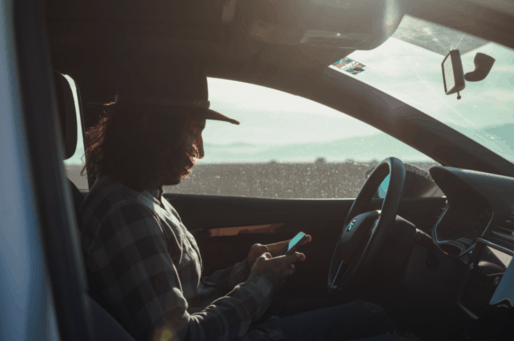