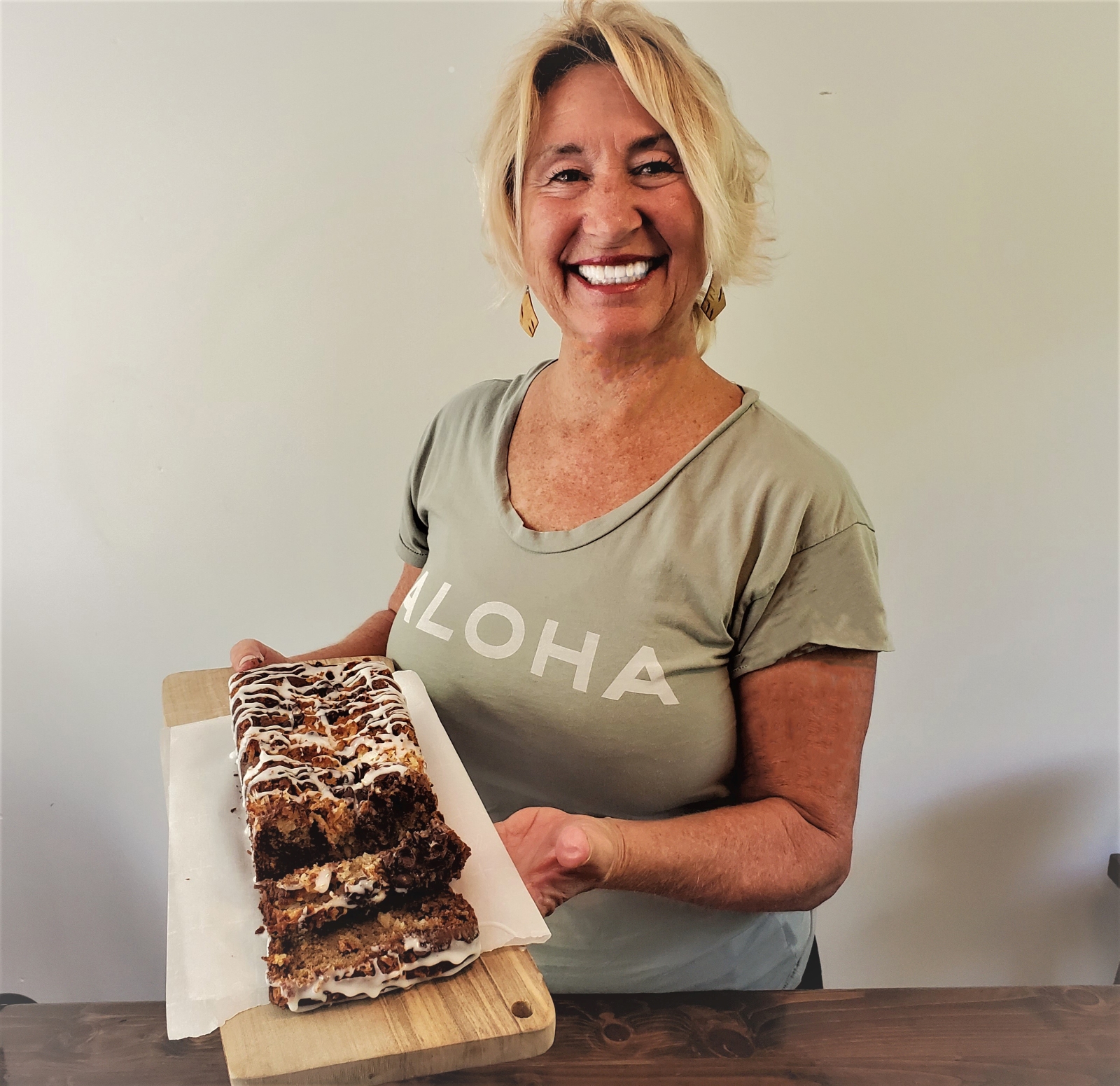 Are you ready for Hanneman’s Tropical Banana Bread? It’s gooey, its chocolatey, it’s got COCONUT. Intrigued? Read on…

Ask anyone from the town of Laie, nestled at the eastern end of the famous north shore of Oahu, where to get the best hamburger and the answer will be the same. “You have GOT TO try Seven Brothers!” Owned and operated by Art and Peggy Hannemann and their 7 sons (hence the name), this little corner of paradise boasts an array of amazing tropical themed burgers, fish, fries, and salads that people add specifically to their list of “must do’s” whenever they visit. And one of the “must have’s” is a gem of a treat they call “Mom’s Banana Bread”. Really, it’s so much more than banana bread – it’s a tropical delight with chocolate chips, coconut and a sweet little glaze swirled on top. It’s definitely legendary! 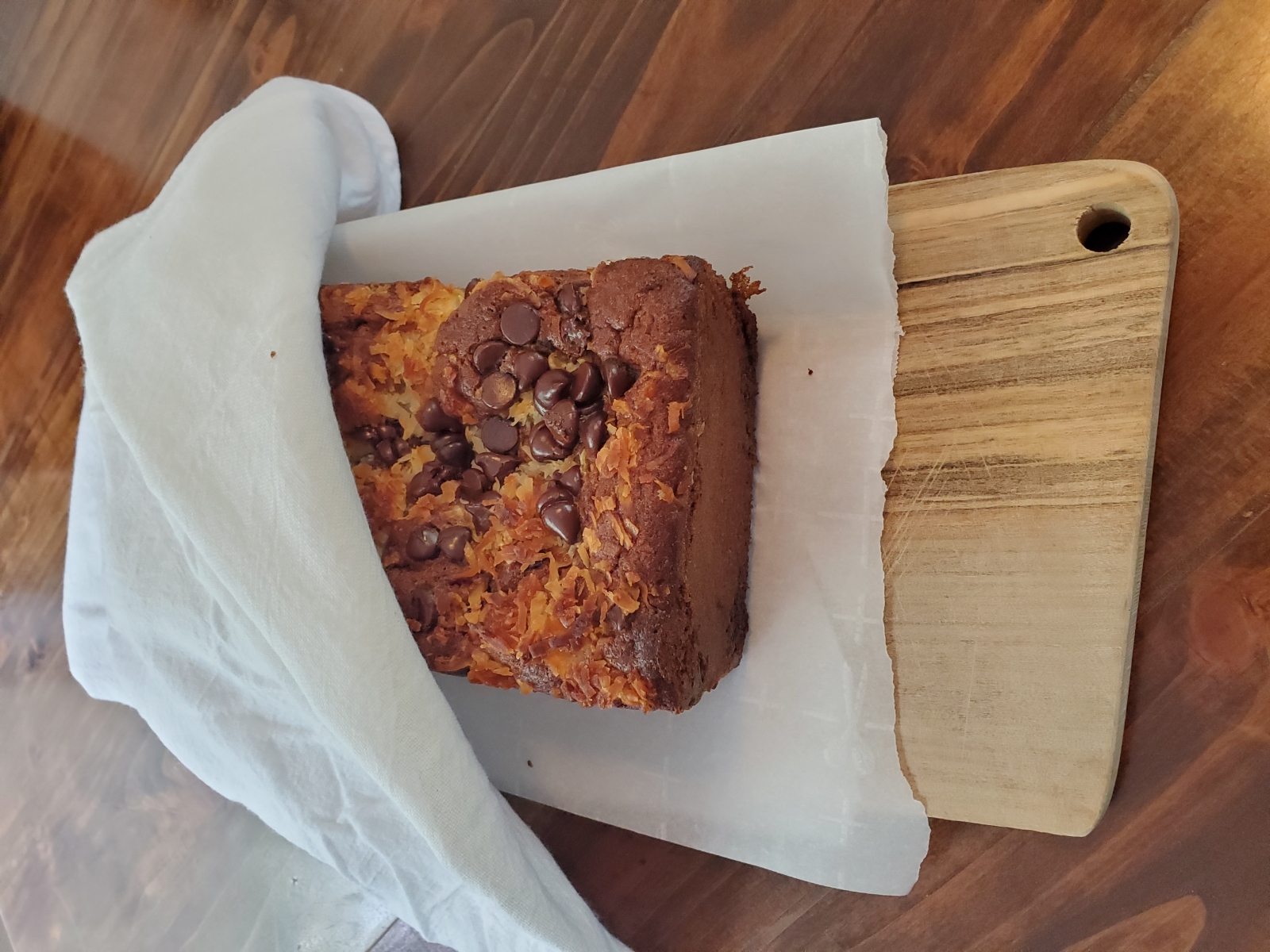 You can serve this delicious banana bread with or without glaze.

Improving on a tried and true recipe

What Peggy likes best about this recipe is that it is a simple to make and uses just one bowl. She actually received this recipe from a dear friend who got it from her grandmother – so it is at least from the 1800s. It didn’t come with the chips and coconut, however…that was Peggy’s addition to the recipe, and there’s no denying, it was a stroke of genius.

Luckily for us, Peggy is more than happy to share her recipe. Now THAT’s a good neighbor, but then again, the entire Hannemann family is known as a friendly, humble, fun loving, salt of the earth people. They’ve certainly always been great friends to the Polynesian Cultural Center.

Try this out with your family and see if you don’t feel those wonderful ocean breezes when you bite down into your own gooey, chocolate coco-nutty piece of Peggy’s famous banana bread. It’s ONO (Hawaiian for delicious)!

And don’t forget to drop by Seven Brothers in Laie or Kahuku, Hawaii  whenever you’re on Oahu…or if that’s just too far away, you’ll find the same amazing menu at their locations in Saratoga Springs and Provo, Utah. 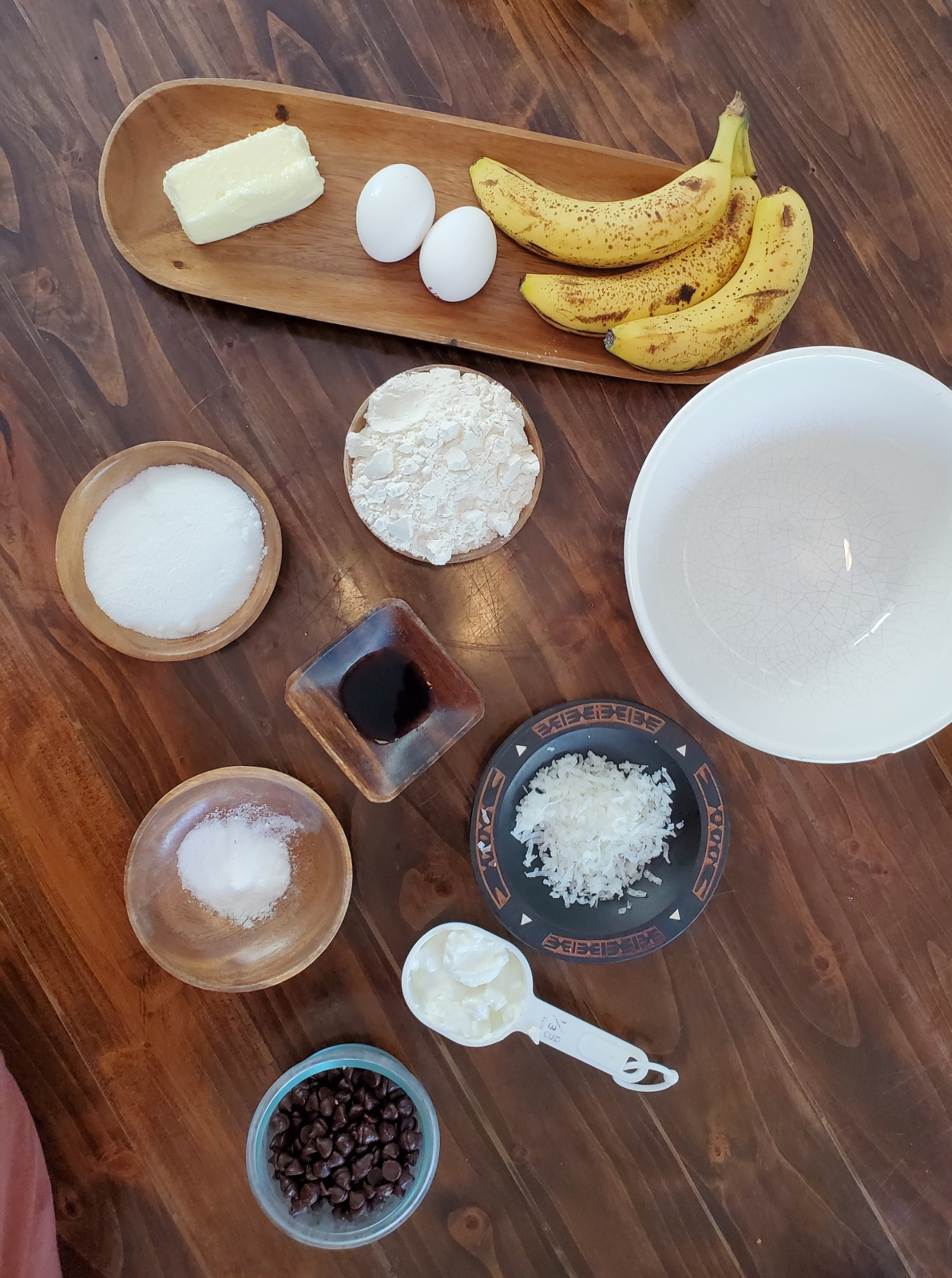 “Sour” the milk by stirring 1 tsp vinegar into ¼ c. milk – set to the side to curdle 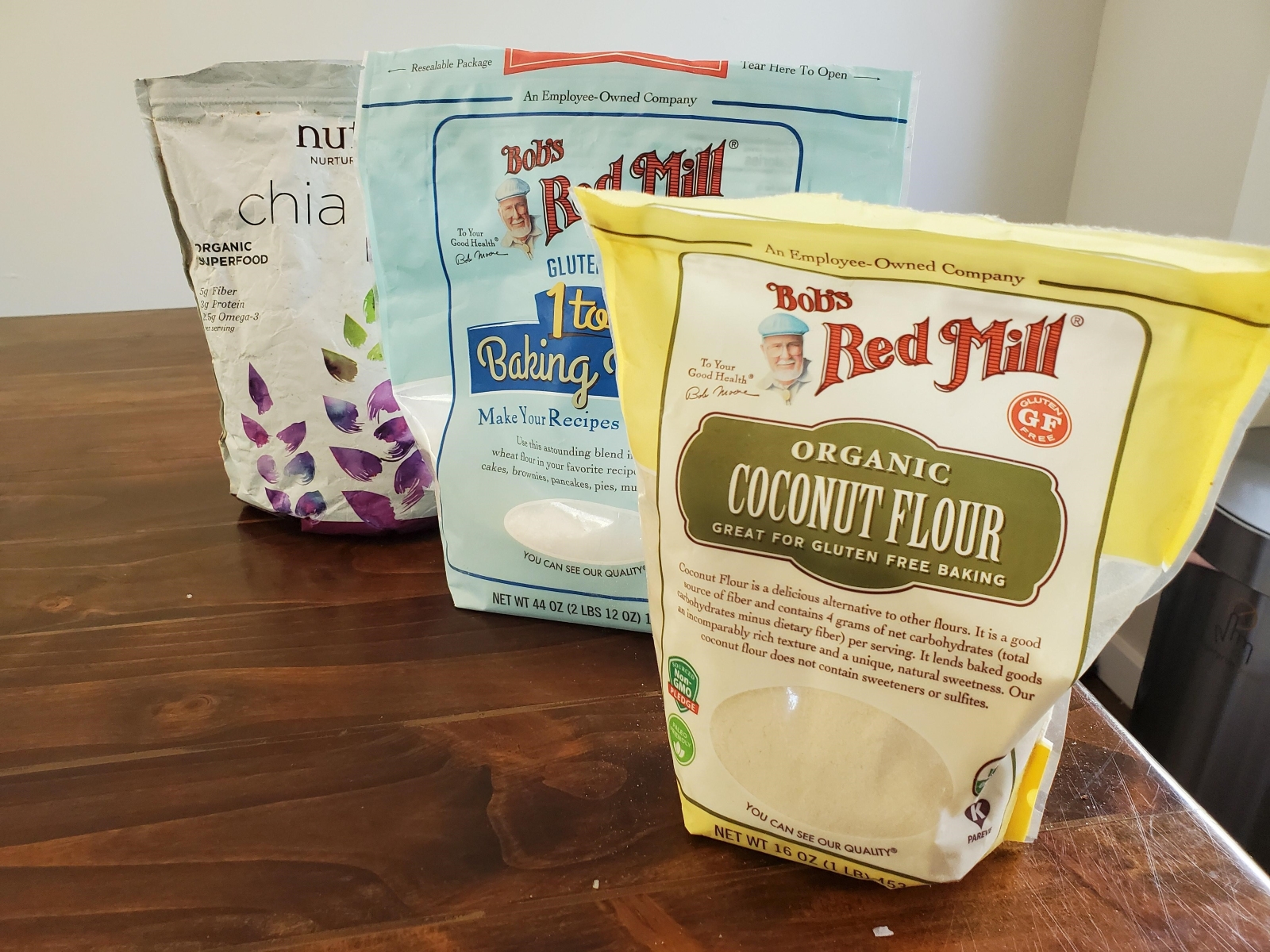 There are many gluten-free flour substitutes and special additives (like chia seeds) that work well for this recipe. 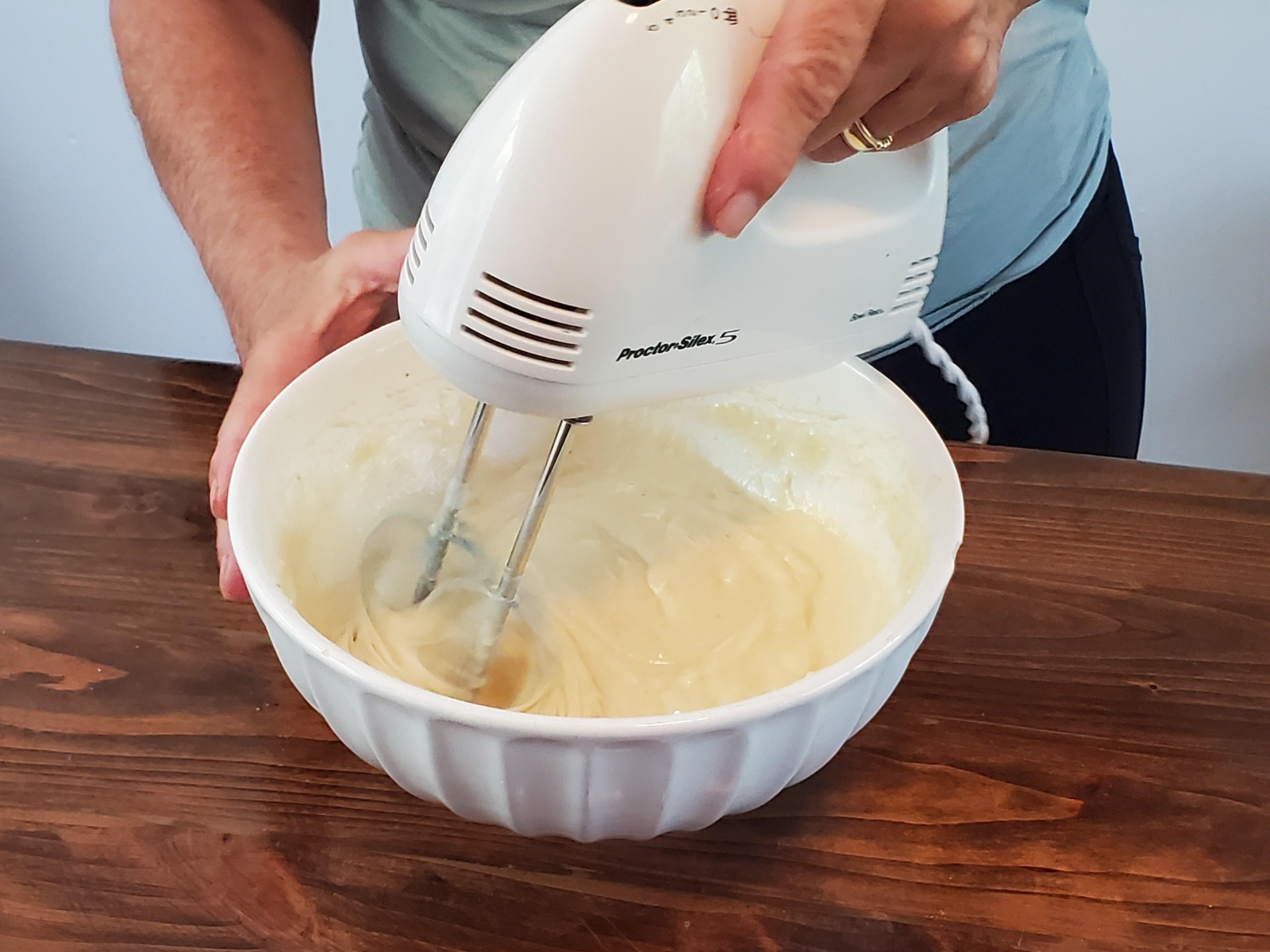 Mix just until smooth on medium

Mix with an electric mixer for 60 seconds, scraping sides.

Pour into a lightly buttered and floured bread pan. 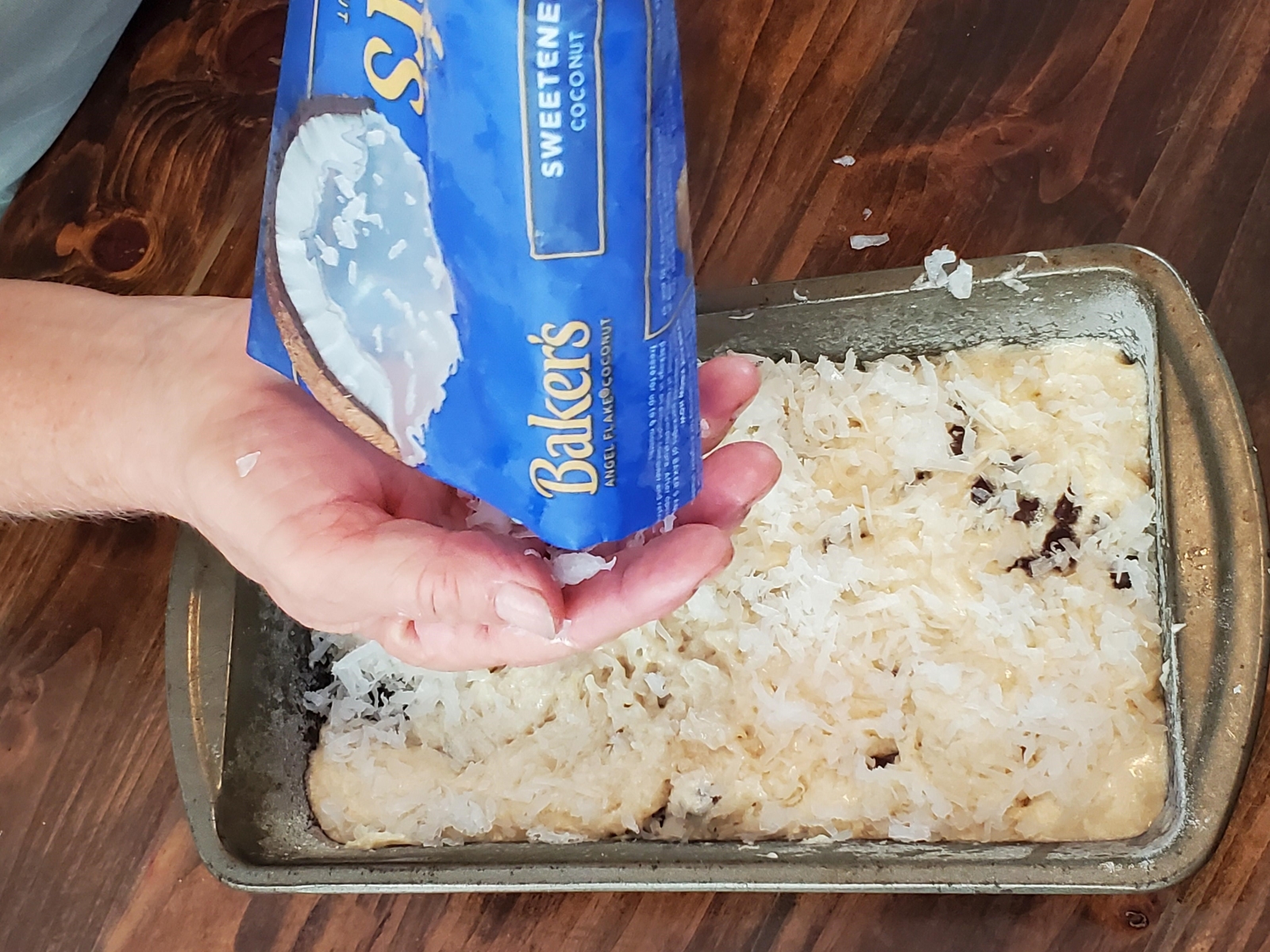 Follow the instructions for adding the chocolate chips and coconut below to have the perfect blend inside and on top.

Sprinkle 3/4 c chips and 1 c coconut over the top of the dough (in that order). With a fork, lightly swirl the chips and coconut into bread, being careful not to stir lower than 1/2 way down. This helps to keep the majority of the chips from sinking all the way down to the bottom of the pan.

Bake in preheated over at 350o for 55 minutes until done (bread should spring back when touched). Let cool for at least 20 minutes before removing it from the bread pan and topping with glaze. 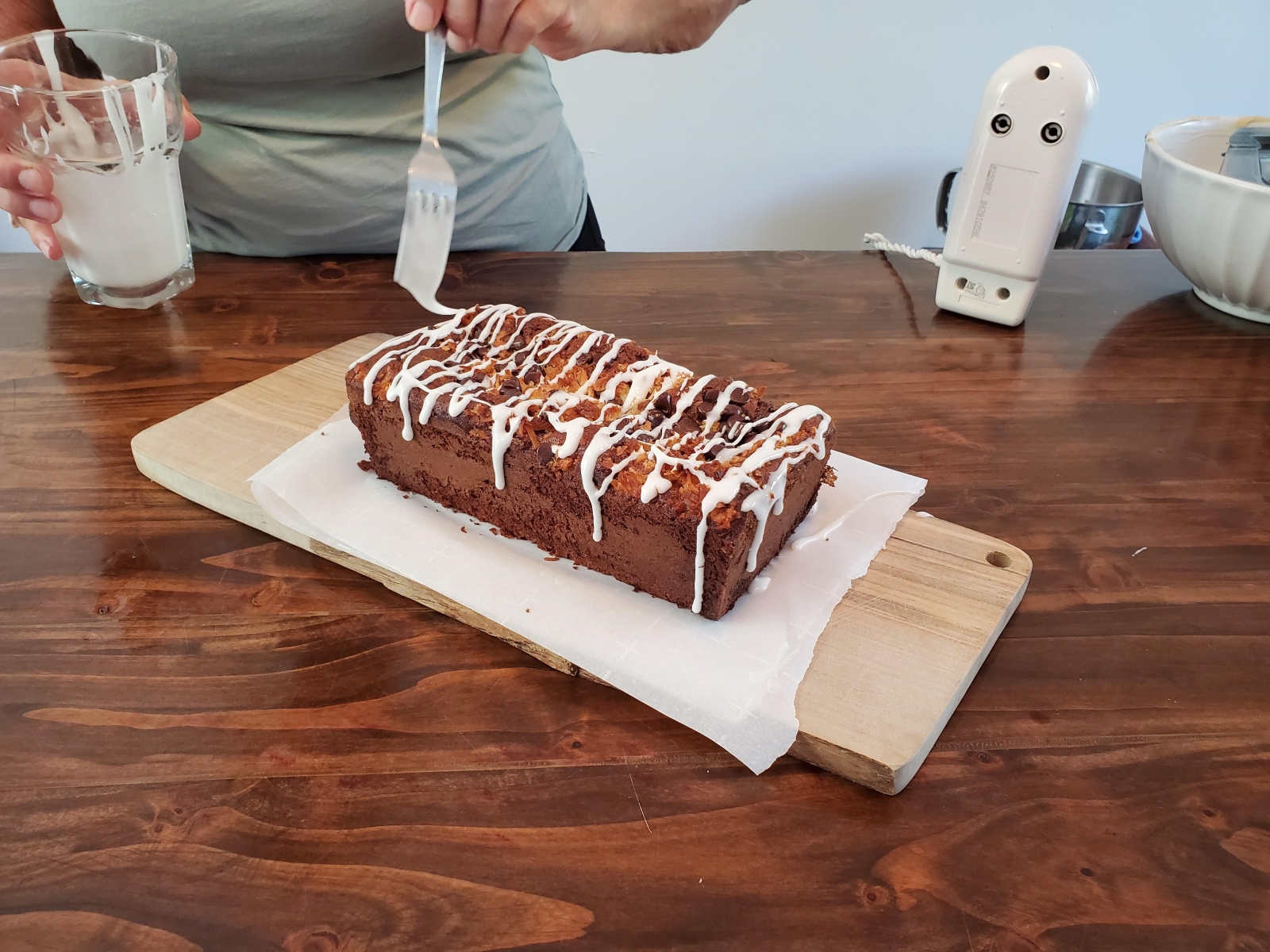 When the glaze is the right consistency, it can be dripped quickly onto the top of the loaf with the back and forth movement of a fork.

Place 1 1/2 cups powdered sugar in a bowl. Add a few spoonfuls of milk to the powdered sugar, a few drops at a time. Stir after each addition. Repeat until the glaze is the consistency of honey (be careful not to make it too thin – if you do, add more powdered sugar).  Using a fork, scoop up enough to drizzle with a side to side motion across the top of bread. Continue until covered in thin lines of glaze across the top. Let glaze set – which usually takes 10 minutes.

Peggy and her family are not the first, nor will they be the last Hannemanns mentioned in one of our blogs. Peggy’s uncle by marraige, the late T. David Hannemann, was the first employee of the Polynesian Cultural Center back in 1963. He was greatly loved here in Laie, as well as California, Samoa and other areas of the world that he and his wife served on missions. Read about his legacy from a blog written just a handful of years ago, when he retired at the amazing age of 92, and our tribute to him when he passed just a few months later:

David Hannemann Remembered as a Legacy of Love