Laughing To the Beat: Tongan Drumming

Laughing to the beat: Tongan drumming 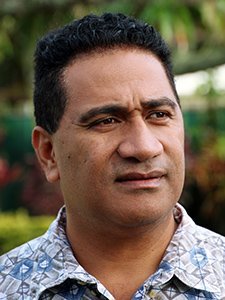 For many years Polynesian Cultural Center visitors from around the world have been enjoying the humorous attempts by audience “volunteers” to play like islanders do during the Tongan Village’s drumming show: There’s just something about watching the first time they try to mimic the antics of a muscular Tongan that cracks everyone up, every time.“From the beginning years ago, that’s the response we expected. The show has held up very well,” said Semisi Fakatava, PCC’s Tongan cultural ambassador. He has worked at the Center for over 25 years and is originally from the island of Vava’u.

Fakatava explained the tā nafa or drumming show that has been delighting audiences for decades is pretty much pure entertainment. “Drumming does have a place in traditional Tongan culture. It’s something that’s very important to us, so we let people know right at the beginning that this is just for entertainment. More culture-based demonstrations follow.”

Click here to watch a a Nostalgic memory from our PCC Tongan drumming presentation. 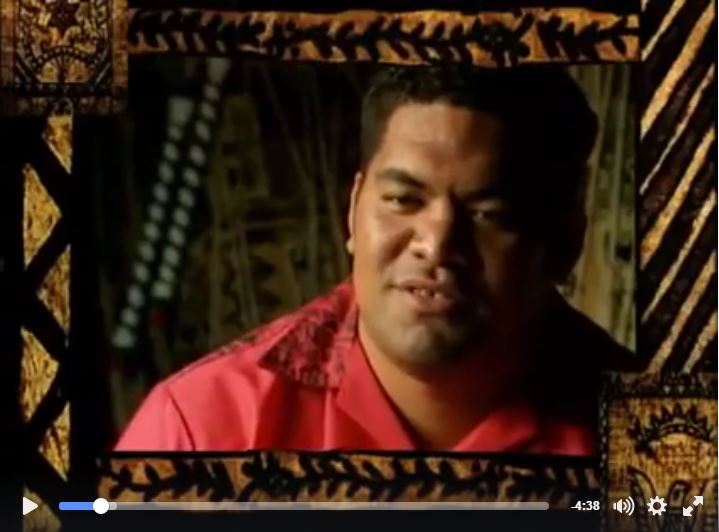 Fakatava also said the use of the big cowhide-covered drums is “relatively new. Like other Polynesians, Tongans anciently used wooden drums, or lali,” which are made by gouging out a slit or trough in a tree log or branch of various sizes: The bigger the branch, the deeper the sound.

“Tongans probably borrowed the style of drums we now use from the Samoans in the early 1900s,” Fakatava continued. “These were used then, and still are, to provide the beat and accompany the mā’ulu’ulu. Both our cultures still perform this dance where the dancers are seated on the ground and perform synchronized hand motions. It’s definitely become a Tongan thing.”

He added, however, that the Tongan drum beats and rhythms are the same ones used centuries ago on the lali, and that the big drums are also now used in Tonga during welcoming and other ceremonies.

In addition to the entertaining tā nafa show, the PCC’s Tongan Village also features a demonstration on making ngatu or bark cloth, “and other aspects of our culture and history,” Fakatava said. “People love it.”